I received an email from an owner-operator this weekend with a few questions regarding the federal government’s fast-approaching mandate for electronic logging devices.

The rule hasn’t changed since its publication in December 2015 (though FMCSA has altered its interpretations of the rule’s key exemption), but there seems to be lore among some in the industry about who must comply with the mandate and when.

Given the apparent misinformation making the rounds among drivers, let’s dispel some of the rumors and provide an update on the efforts — which is all they are at present — to delay the mandate.

Compliance date: “I’ve been told by a few people it’s been pushed back until 2019,” said my weekend’s correspondent.

That, however, is false.

Truckers who use paper logs and run a year-model 2000 and later engine must adopt either an electronic logging device or an automatic onboard recording device by Dec. 17, 2017, to operate legally. Those caught without an ELD will be placed out of service.

A bill has been filed in the House to delay the mandate two years, to December 2019, but its fate in Congress is uncertain, and time is waning for lawmakers to act. However, as of Monday, the bill had 35 co-sponsors in the House, which means the bill has at least some support in Congress’ lower chamber.

Small fleet exemption: “Last I knew, the mandate was for [fleets with] over 10 trucks…” wrote the owner-operator who emailed me this weekend.

Also false. Even single-truck owner-operators must comply with the mandate.

The driver I exchanged emails with this weekend was correct about the 1999 and earlier waiver — to an extent. FMCSA recently changed course on the pre-2000 exemption. Until last month, it had said the pre-2000 exemption would apply to trucks whose model year was 1999 and earlier, as evidenced by the truck’s VIN number, which includes the model year.

In mid-July, the agency scrapped the interpretation. It now says the exemption will apply to the engine year, meaning trucks with model-year 1999 engines and earlier will not need to be equipped with an ELD. Drivers are not required to carry documentation stating their engine year, but such information must be kept “at the principal place of business.” 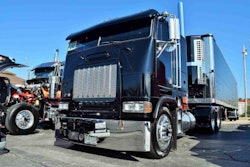 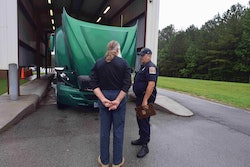 A shot in the arm for fixing CSA