If there was any unifying element to the dozens of mini-demonstrations at this week’s MarketWaves 18, it’s that even with decades of tech advances, there remains too much waste in trucking and ways – or at least proposals – to counter that.

“This industry has been asking for true automation, and Opus9 delivers on that,” said Alex Ryu of Opus9, one of the presenters at the two-day conference near Dallas. Conference materials say his company “brings automation to the logistics industry, from instant quotes to payment for truckload and LTL shipping.”

Trucking has lagged other industries from a technology perspective, said Mark Yeager, speaking on a “From Start-Up to Market Leader” panel at the end of the day. “That is changing in a fundamental way,” he said, considering the preceding 38 quickie demo pitches, most of them from startups. For now, though, the industry has too many processes “not assisted by good, solid, real-time analytics,” said Yeager, CEO  of Redwood Logistics, a freight management provider.

Real-time data was common to many of the services. Jason Traff, president of Shipwell, cited it as critical to his company’s managed freight platform. Older forms of freight automation tended to work well only when there were no problems, he said, but that’s unrealistic, especially in trucking, where real-time information can help resolve problems quickly.

Some companies raise the ante on real-time data by applying it to the future. Trucker Tools’ new Smart Capacity platform uses real-time data and algorithms to match freight by predicting when and where capacity will become available days in advance, said founder Prasad Gollapalli.

Such predictive analytics should help fleets’ decision-making and in some cases provide all supply chain parties more realistic estimates of a delivery time, even forecasting delays in a long haul days ahead. “We want to take our customers from being reactive to proactive,” said Raj Patel, founder of Slync.io, a self-described “platform redefining multi-party interaction, automation and collaboration through the supply chain.”

Simplification was a highlight of an upgrade to Transflo’s software,  said Marketing Director Don Mitchell. It’s designed to direct the driver in the most expedient way from one activity to the next. It includes more intuitive user interfaces and voice-activated messages to “reduce frustration.”

Another common element was use of blockchain, the distributed ledger technology that creates immutable records that can be accessed by all parties involved in a transaction, such as a shipment. “It will change the way money flows and the ways businesses interact,” said Bill McGraw, president of Northstar Venture Technologies, which is partnering with Routeique on the PaymenTrust product, which emphasizes the trust aspect of blockchain.

With blockchain records of a load from its booking to its delivery, including whatever data the supply chain parties require, payments should be quicker and disputes much less common in matters such as detention pay.

Keyturn CEO David Bryan criticized blockchain’s status quo, citing various errors that could creep in due to the fallibility of human input. “Until we solve the data verification challenge in blockchain, the data can be garbage in, garbage out,” he said.

His company plans to introduce next year a self-described “next-generation supply chain engagement” platform, using internet of things technology, that will focus initially on tracking “irrefutably and securely” building products from the manufacturer to construction job sites. 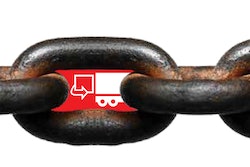 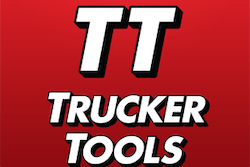 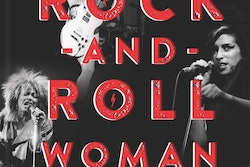