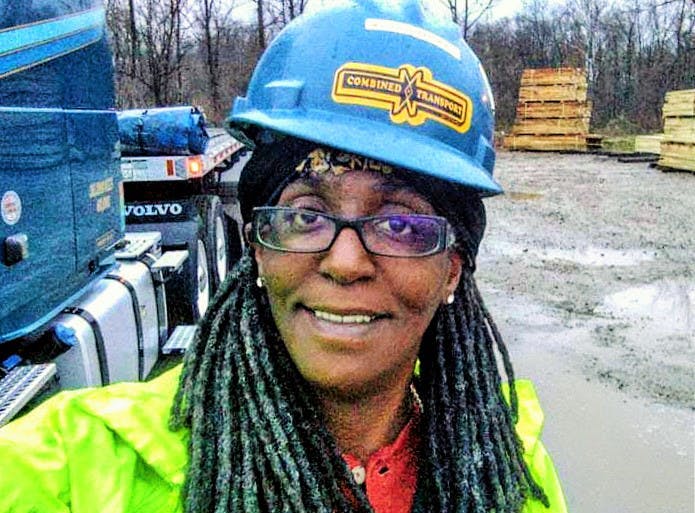 I met Nikki Stewart at the Monroe, Mich., Pilot last year while we we both waiting on showers. The Maryland -based steel hauler was kind enough to explain to me how she was able to just saunter into the truck stop with a shower somehow already waiting for her. Apparently Pilot/Flying J, the designated fuel stop for both our companies, had come out with some kind of app which allows you to do just that, and Nikki patiently explained how it all worked.

I’m a bit of a digital neanderthal. As a general rule, I do my best to not keep up with the latest trends in technology.

For example, using a GPS, to me, is nothing more than an admission of personal defeat. Yeah, now that’s the kind of experience I’ve been looking for all my life — let’s just check our minds in at the door and let a machine tell us the best way to go. Meanwhile, you’re crossing a 10-ton bridge on some goat trail because you allowed your God-given intuition to be severed by an automated voice while abandoning the well-worn way you’ve gone for the last 30 years. You realize you’ ve been sold a bill of goods.

Think of me what you will, but there’s no substitute for a good flip phone. These days, it’s really hard to find someone who isn’t buried in their device. That’s why meeting Nikki reminded me of those truckstop conversations from earlier times, those talks that segue into a free range of other topics you can only enjoy with a fellow driver. Some of the best talks I’ve ever had out here have been when I was stuck somewhere with another driver, at some godforsaken place, waiting.

And just waiting, with nothing else to do but spin a yarn or two.

About three minutes into this particular discussion, I realized I’d struck gold in Nikki Stewart. When she told me she was a steel hauler, I must have displayed a little too much surprise and interest. “Yeah, turns out you don’t need a penis to do this job,” she said. After a good laugh, the next thing that came out of my mouth was “Can I do a story about you for Overdrive magazine?”

This is Nikki Stewart’s story:

“Both my parents had college degrees. There were no male or female jobs in our home. We were all taught how to cook, how to work on cars. I enjoy hauling steel. It’s better than reefers and vans. There’s a lot of ego in steel hauling. You have to psych yourself up for it, like an athletic event. You have to have a good work ethic. They’re not used to seeing a woman haul steel. When they see you’re a woman, they have to give you some kind of label.”

Stewart graduated from Howard University after high school. She even attended law school for a while. Now I’ve been around a lot of truckers who could be charged with impersonating attorneys, but I never met one who actually made it into law school. She went on to talk about her business-suit days:

“[I was] in the white-collar field for a while, but I was miserable. I worked for quite a few conservative organizations [around D.C.] My mother would say, ‘Your father would be turning over in his grave if he could see you now.’ My mother graduated college in 1958. She used to do sit-ins before sit-ins were even cool. Her family had to sell half their land in Virginia just so she could finish high school in Maryland. Blacks weren’t allowed beyond the 8th grade then in Halifax County. [After a while] I got into sales. Sold audiobooks. I sold cars, too. I could see the collapse coming before it got here. People just weren’t buying cars.” 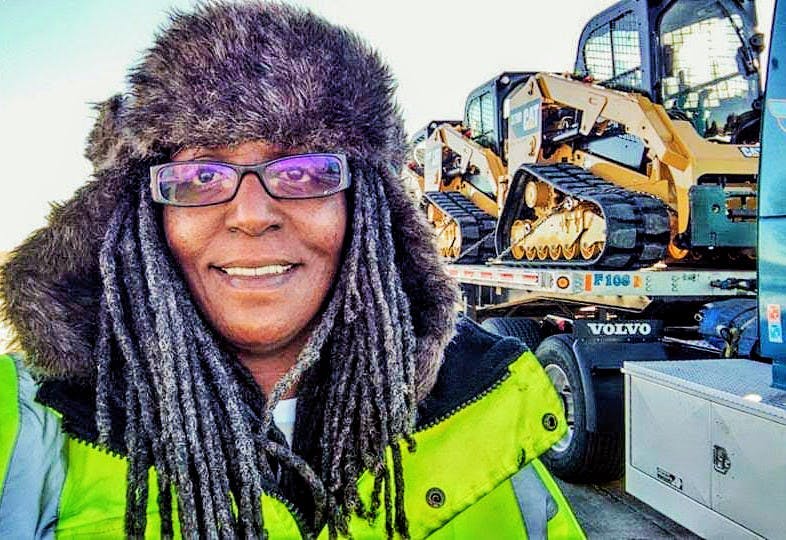 …and other stuff, as it were…

Sometime around the Great Recession, Nikki got into trucking. In her early days out here, she paid her dues with a couple mega-fleets — an experience which left her bitter.

“Being treated like a truck driver was a shock. It was horrible. I was trapped. [When] I only had two years’ experience, [it was] beer from Williamsburg to the boroughs of New York. New Jersey, Philly. My dispatcher Ryan was like ‘Naw girl, you good!’ [It was like] ‘You’re black. You can take New York City.’ If I said I couldn’t do it, he’d cuss me. If I would have refused they would have fired me. There was no way you could have logged that, but they kept saying, ‘If you could just get back to the brewery, and under your next trailer.’ To them, I was an uneducated triflin’ hood rat. I used to study case law after case law of the way blacks were treated in this country, systemically. It had such an impact on me that I had to leave law school. I think I’m still in a post-traumatic state from all that. My Great Uncle used to pull doubles [intrastate] in North Carolina. There was no way he could run California. There were no federal laws on the books preventing it; but it just would have taken one county in the Midwest with a law about blacks traveling through there at night. People think this is over, all in the past. ”

Ms. Stewart represents one of trucking’s fastest growing segments, that of women, many of whom come from degreed backgrounds. According to the Wall Street Journal‘s Sarah Chaney and Eric Morath, thought still small the share of women in transportation and materials handling, which includes trucking, has experienced a 43% increase since 2000, now comprising 9% of the overall sector.

“I love being on the road. My work ethic speaks for itself. We keep getting awards from the place I haul for. I’m a lot stronger now. I eat better, make better money. I enjoy hauling steel.”

Find all of Long Haul Paul Marhoefer’s “Faces of the Road” installments via this link. 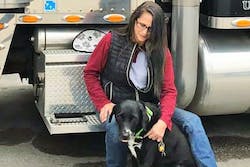 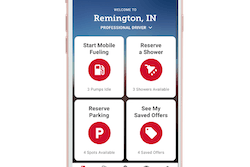 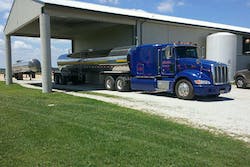