The retail sector’s giant middleman is getting a little bit bigger.

Amazon confirmed this month that it’s taking its freight brokerage nationwide, roughly 18 months after it launched a pilot program in five Northeastern states.

The company’s goal is said to be twofold. First, to own as much trucking capacity as it can, which it can use for its own freight or to sell to other shippers at cost or for a small profit. And, second, to add truck capacity hurdles for its retail competitors to deliver their products to market, whether that be a retail store or a home delivery, especially during peak shipping seasons.

Amazon has opened up its freight.amazon.com portal to more shippers, and it’s trying to drum up dedicated service from small- and mid-sized trucking companies.

Whether it will use its power as a massive freight mover and brokerage to drive down shipping rates remains to be seen. In a statement to Overdrive, Amazon says it simply intends to use the new brokerage to “better utilize its existing freight network.”

Put that way, it becomes somewhat obvious — the company already operates a giant brokerage, even if the freight-world moniker isn’t typically applied to them.

Amazon is inherently a middleman operation, linking brands to consumers and then taking a cut for arranging the transaction, as retailers have always done. In the same vein, however, when a product sells, the company then quickly arranges truck service between warehouses, distribution centers and homes.

But by declaring itself as a nationwide broker, officially, the company reveals a shifting focal point for its logistics arm, says Carson Kreig, co-founder of Convey, a tech firm that helps retailers with logistics and supply chain processes. Instead of concentrating on the so-called “last-mile,” which in Amazon’s case is usually fulfilled by a parcel delivery service like FedEx or UPS, it’s now focused on the “middle-mile,” says Krieg — the long-haul, truckload segment.

“They want to own that market,” he says. He contends the company’s intention is to “gather up capacity so they can dictate middle-mile rates.”

Amazon intending to “own” any market should send shivers down spines. It has a history of employing monopolization tactics to ward off competitors. For instance, more than a decade ago the company took tens of millions of dollars in losses on diaper sales to drive a competitor, diapers.com, out of business. Amazon eventually acquired diapers.com, only to shut it down later.

While owner-operators and small fleets have seen the value of the service they provide drop to dimes per mile, Amazon’s looking for another direct cut of the trucking demand they already create simply by being a massive retailer.

In the highly fragmented industry that is trucking and logistics, other digital brokerage startups like Uber Freight and Convoy (separate from Kreig’s Convey) have said they intend to create some order and organization for shippers and carriers alike. They’ve said their intentions are to use modern tools to reshape how a freight brokerage looks and operates.

With Amazon, however, its intentions look like a shot at wrapping another tentacle around the retail sector. Trucking seems to be the next logical path for the company’s invasive spread. 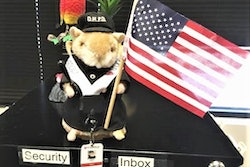