I started driving truck in 1992 and became an owner-operator in 1996. By 1999 I moved into trucking with my authority and now manage a 12-truck fleet. Since that time, I’ve been consistently frustrated by enforcement efforts on the highways that penalize the employer when the real solution to reaching safety goals lies in direct driver accountability.

I understand that the Federal Motor Carrier Safety Administration is attempting to force the carrier to penalize the driver, but this is a flawed rationale. A terminated driver will be back to work and productive for another carrier in a matter of minutes.

The burden for enforcement and compliance should lie squarely in the hands of the FMCSA. Here’s my modest proposal: For all violations the driver has 100% control over, the FMCSA should consider penalties with real teeth -- enforced downtime.

The current method seems to be to stain the company’s record after inspections or traffic stops via the CSA Safety Measurement System, or during carrier audits. Many such stains – chiefly, those moving violations incurred by drivers -- can't be prevented by carrier personnel other than the drivers. Regulators can talk about the importance of a so-called carrier “safety culture” all they want, but where the rubber hits the road, safety decisions  are in the hands of the pilots behind the wheel.

If I’m being honest, I’d say I cannot afford to penalize a driver with a week off work for his or her bad behavior because it penalizes the company as well. But, if the feds force this, then the driver remains and will likely become a better, safer and more conscious driver. Isn’t that the real goal?

When a driver receives a violation for speeding, a third lane violation, improper lane use, unauthorized road, following too close, etc., directly impacting the driver is a far better way to accomplish compliance than the current method. No driver wants to be forced to sit at home for a week or two, unemployable in their field, because they were driving irresponsibly, and it was their decision to do so.

Though I know plenty drivers in the audience may bristle at all of this, enforcement as practiced via the federal Drug and Alcohol Clearinghouse presents a possible model.

When a driver is stopped for speeding (or something else) and the trooper enters the violation on that inspection report, that data is already carried over to the drivers’ record in FMCSA’s MCMIS database. That makes it available on their Pre-Employment Screening Program report.

What if this happened next: Allow a certain amount of time to elapse, giving the driver and/or carrier the opportunity to contest the violation via the local court or FMCSA’s DataQs system, or the opportunity to concede and plead guilty, paying the fine for any citation. After that, what if a period of ineligibility to haul followed?

FMCSA could assign an ineligibility date to that driver for a period of days commensurate to the seriousness of the offense. That time could be logged as such, with no compensation earned for it.

This would hold the driver more accountable by creating a reflection period, if you will. During this, the driver cannot benefit financially from driving, and the carrier doesn’t benefit from that driver’s work, either, incentivizing that “safety culture” the feds like to talk about so much.

I can hear you now: C’mon, Leander, careful what you wish for …

But here’s why I even bring this up:

Recently, because of speeding citations, we turned all of our trucks down by 5 mph, and the resistance that I received from some of the operators was simply incredible. I had to listen to, collectively, two hours’ worth of explanation on how getting the few mph back would, in essence, save the world. One driver commented: “I won’t drive a castrated truck.” I informed him that he already was, and that it was simply a matter of the degree of castration.

I could well cite more in the way of examples that illustrate an entitled mentality replete with safety misperceptions among far too many of our colleagues. But the point here is: Who knows but that properly placed, and weighted, driver accountability might just get us all a lot closer to highway safety goals. 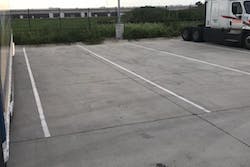 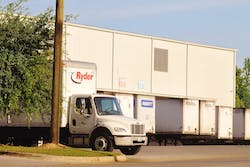 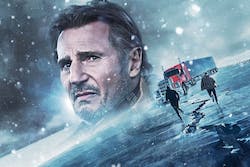 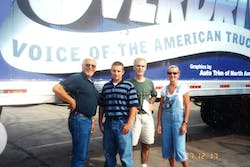