It’s not some expensive attorney or all the insurance money can buy or even a piece of technology like a dashcam, necessarily, says Tracy City, Tenn.-based owner-operator Wayne VanHooser. Rather, paying close attention to detail, “every little thing,” he says, on the scene of any crash will help those you already pay to fight frivolous claims and keep you out of the courthouse.

Another commenter under the online version of our “Dodging the ambulance chasers” June cover story emphasized that the importance of getting the police involved to prove your position and never trusting a party that “claims to be at fault. … Make sure there are pictures of the accident and any debris [that] can illustrate where the collision happened.”

VanHooser, who’s story you can hear below and at the head of the mailbag playlist above in his own words, was on I-70 just outside Kansas City, Mo., amid a raft of construction work ongoing a few years ago. “Traffic was stop-and-go, stop-and-go,” he says.

Following along behind a Ford van, the jam suddenly opened up ahead and “everybody took off.” VanHooser checked his mirrors and made to move himself when the van ahead suddenly slowed up. He locked it down and knocked into the van’s ball hitch.

Nobody seemed to be hurt until “the police got there” and the large family in the van “got to falling out like dominoes,” he says. Three passengers were carried to the hospital, ultimately, but no very serious injuries were a result, he adds. VanHooser noted the van, owned by a church in Illinois, was full of people from North Dakota, the family of the pastor using the van for a personal vacation.

“And I was pretty sure they were changing drivers” when the collision occurred, VanHooser says, as in the aftermath the driver was straddling the seats. The fact that it was a church van and they used it for pleasure, he says, may have helped the insurance company avoid court, in the end, he adds. “We ended up settling all three of the hospital claims for less than $20,000. You’ve got to keep an eye out for every little detail and pass it on. If you’ve got a good insurance company, they’ll fight it for you.”

As in crashes, as in other cases, he adds. “You’d be surprised how many times you can win when you do that.” 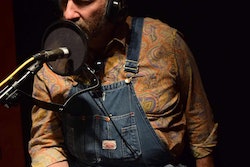