Editor’s note: Overdrive last week reported on the key changes instituted for owner-operators by the new tax law, including the elimination of the Affordable Care Act’s individual mandate penalty, changes to drivers’ per diem meal expenses and a deduction for small businesses that could save owner-operators thousands each year. Read that story here.

This equipment-buying incentive included in the Tax Cuts and Jobs Act, signed into law by President Trump on Dec. 22, allows owner-operators to deduct 100 percent of truck and trailer purchases until the end of 2022. Starting in 2023, the bonus depreciation deduction dwindles 20 percent a year until 2026. It is eliminated starting in 2027.

“The single biggest change is you had the option in the past of choosing your depreciation — you could depreciate a truck over three years or you could do all at once,” says Todd Amen, president and CEO of ATBS. “The way we read this new law, it says you have to expense the assets you bought in the year you bought them.”

Should equipment expenses exceed operators’ income for the year, which is likely, the bonus depreciation deduction cuts owner-operators’ income to zero and allows them to carry that loss forward into the next year, which could help lower their tax bill for that year, too.

When the bonus depreciation rate begins to fall in 2023, owner-operators will likely return to using the standard Section 179 deduction, which allows owner-operators to deduct up to a million dollars a year in equipment purchases from their yearly profit.

The tax reform law also eliminates the so-called like-kind exchange deferment for capital gains taxes relative to equipment purchases. This means that owner-operators will no longer be able to defer capital gains taxes incurred by equipment upgrades. Capital gains, while unlikely in a tractor or trailer sale, are taxed at your ordinary income tax bracket, says ATBS.  More likely, the gain on the sale of an asset will be taxed at your ordinary income rate.

However, “the new rules for bonus depreciation and the immediate expensing of capital assets should eliminate the negative impact that may result from” the removal of the capital gains deferment, notes ATBS in a memo to clients. 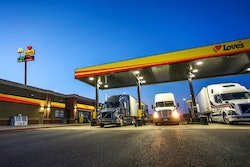 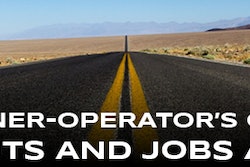