In this week’s edition of the Overdrive Radio podcast, we get a clear window onto the first Make-A-Wish convoy to set off from Lancaster, Pennsylvania, with former trucker George Ruelens. He was hauling for Ned Bard & Son at the time in this conventional Peterbilt: George Ruelens is pictured here on that day almost thirty years ago with the Peterbilt he was driving at the time — and his wife, Diana. She was along for the 2-hour-plus convoy (a different route than is taken today, as he spells out in the podcast). In the cab with them was a Make-a-Wish child. (Tour more of Ruelens’ history via the images below.)

As he spells out in the podcast, Ruelens and the 41 other truckers who participated that day had no idea what they were doing would go on to become a veritable institution in the region around Lancaster County — the annual Mother’s Day convoy benefiting the Make-a-Wish foundation.

This year, as recently reported, the convoy featured 650 trucks in its 30th year, a huge amount of growth over the course of three decades from the first one. Ruelens narrates his experience of the day, looking back with plenty fondness also on subsequent editions of the convoy, which have created so many memories for children involved —  truckers, too, no doubt, and members of the community in that area.

And he’s got one heck of a story about the Dodge cabover he started hauling in during the 1970s, running live poultry. You won’t regret hearing it:

Also in the podcast: With highway-funding measures being introduced in the House, President Trump pledges not to work with Dems on it, objecting to ongoing investigations; OOIDA’s infrastructure outreach is discussed with the remainder of my conversation with OOIDA board member and small fleet owner Monte Wiederhold. If you missed the first part of that, published last week, find our talk on pre-ELD mandate rates predictions (Wiederhold had it pretty right two years  ago) via this link. 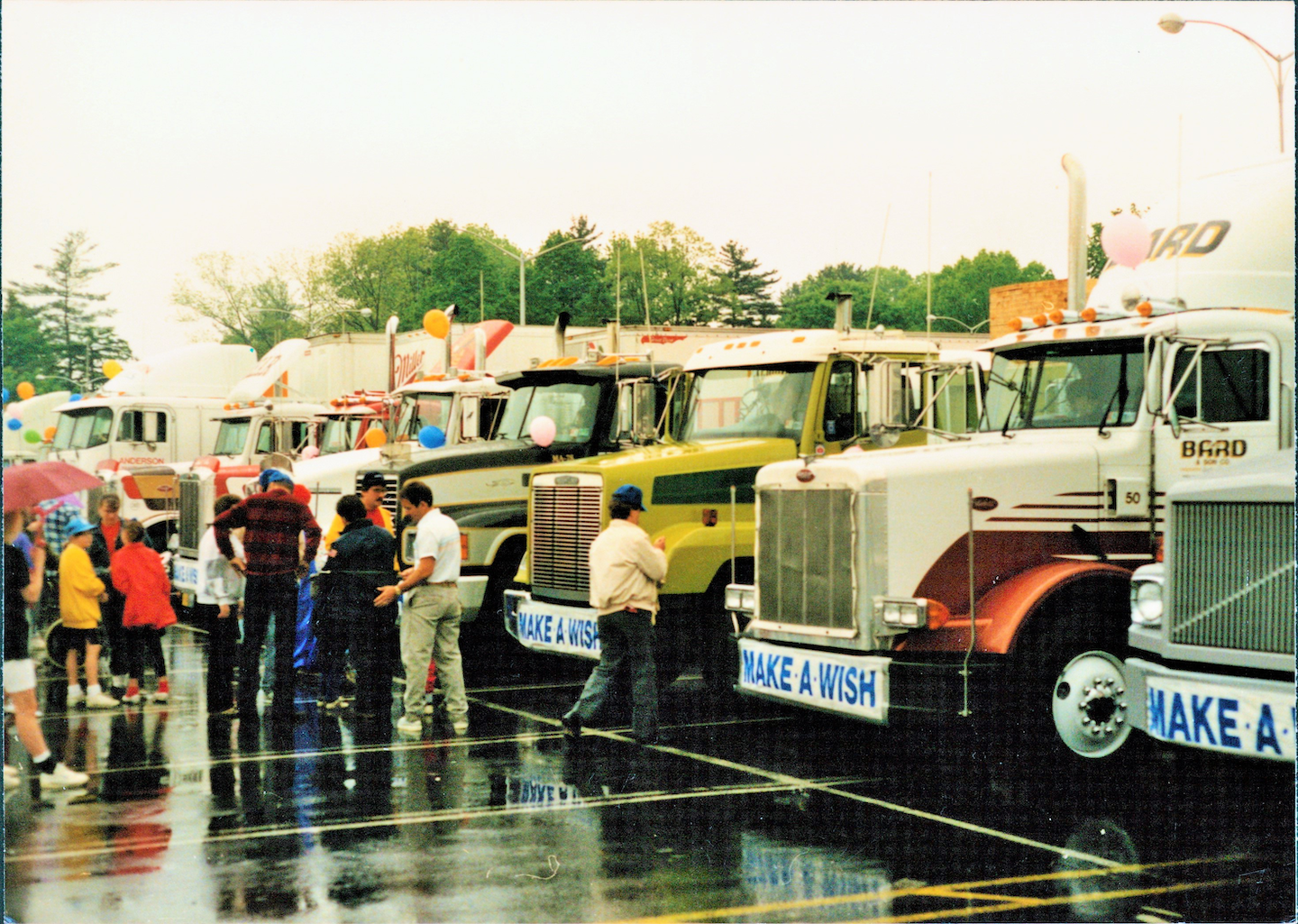 Trucks staged for the Make-a-Wish convoy the Ruelens participated in. 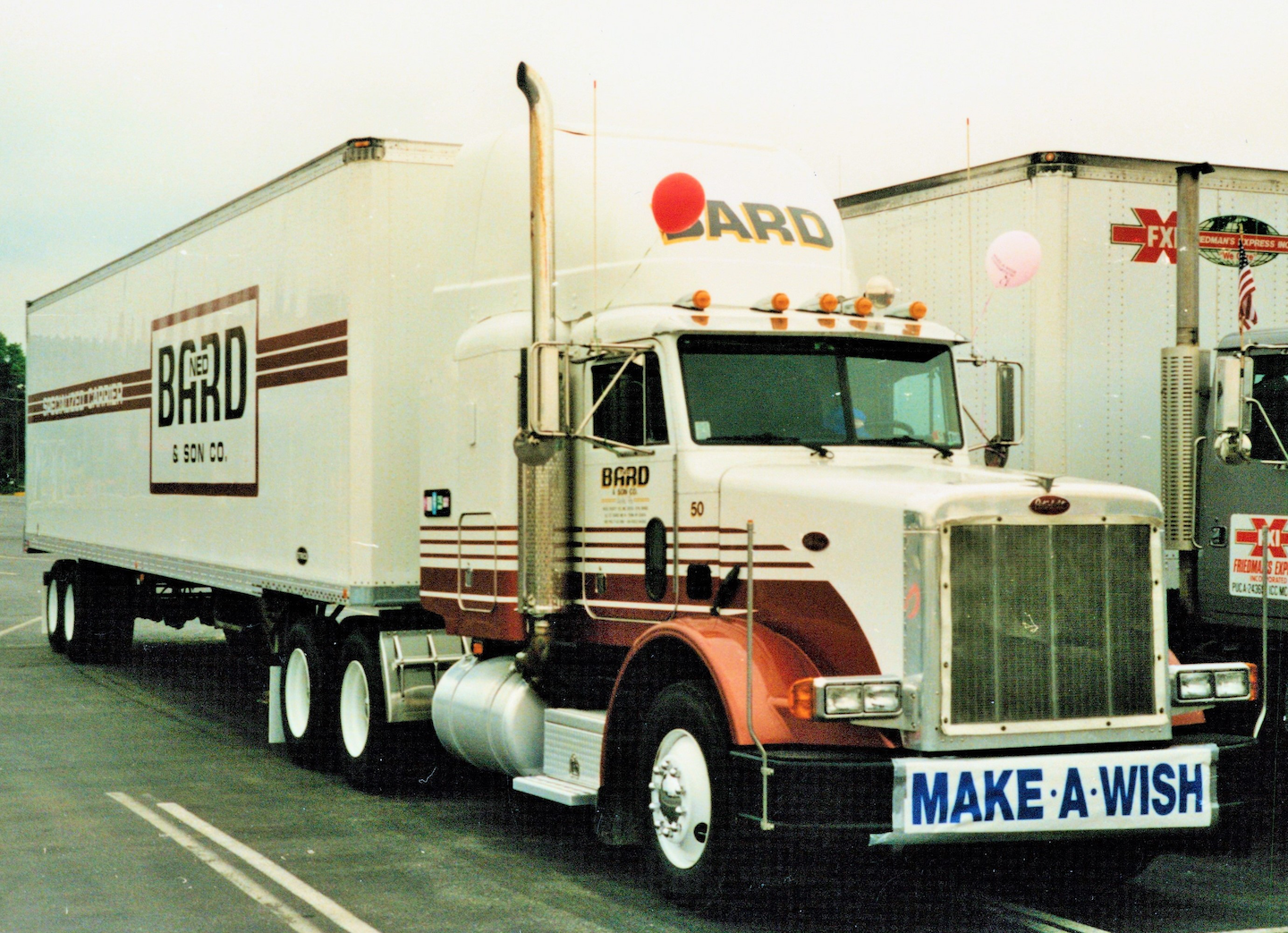 A full view of the truck and trailer George Ruelens hauled with at the time of the convoy.

As Ruelens narrates in the podcast, shortly after the 1990 convoy, he shifted gears to the college classroom, then to years at the front of a fifth-grade classroom as a teacher. After the turn of the century, he and Diana went full-time in a motor home with no fixed address, and George kept up his CDL, putting it to use in various ways, including multiple stints hauling around sugar-beet and other harvests in North Dakota, as here pictured. 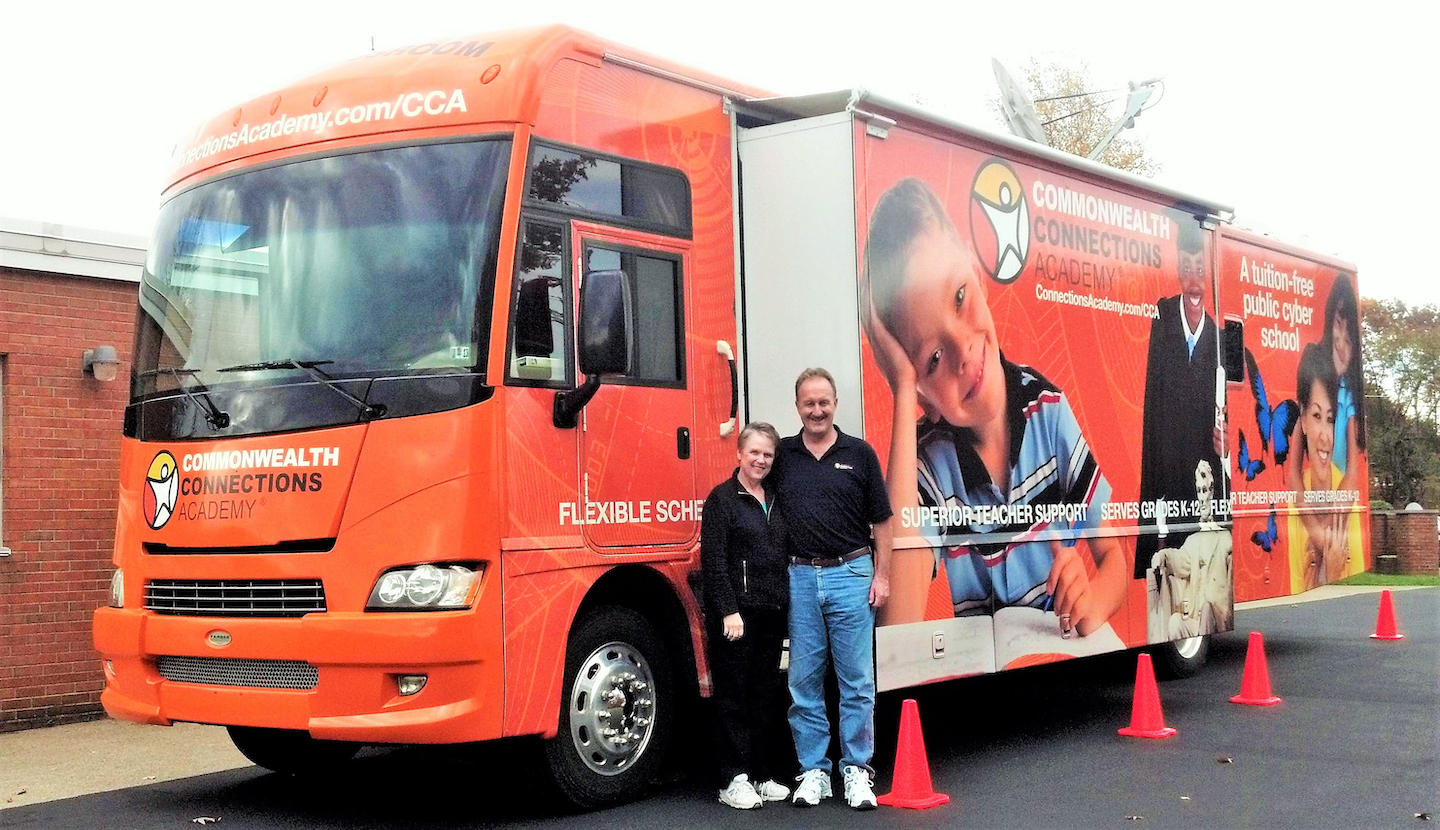 He and Diana also spent time working on a tour with George behind the wheel of this mobile classroom, in Pennsylvania. 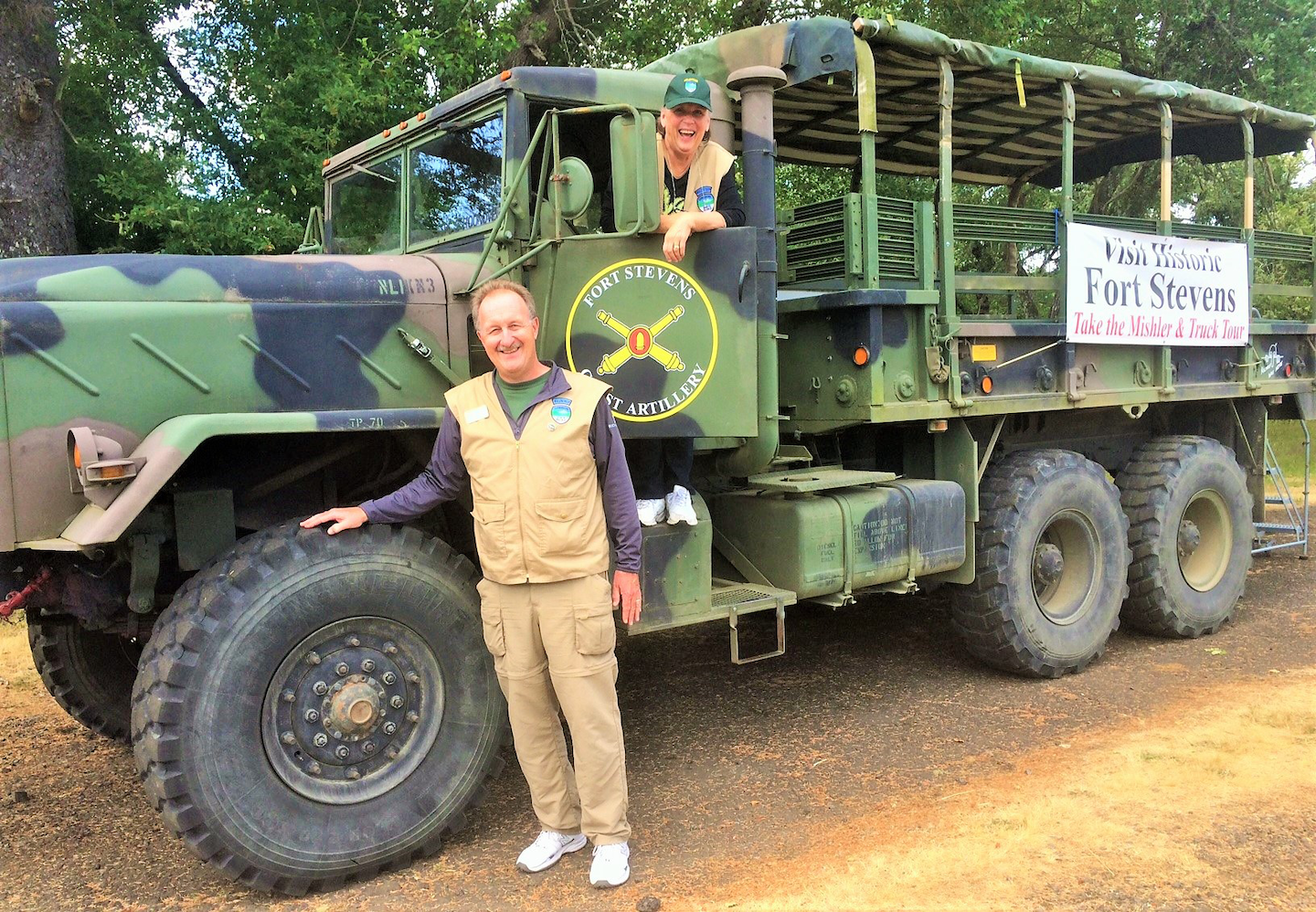 Today, the husband and wife spend their summers in the Pacific Northwest, and volunteer at the Fort Stevens state park in Northwest Oregon giving tours in vintage military trucks.

Thank you, George, for the memories. 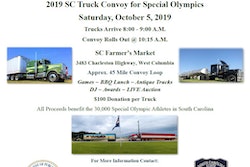 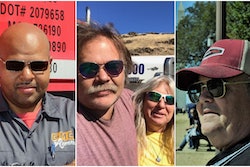 Brass tacks, bad brokers, big loads to count down the hours with a long run into 2021