The Ohio Department of Transportation is proposing to close one of the state’s rest areas that offers truckers 20 parking spaces along I-77 Northbound and is looking for public feedback on the proposal.

ODOT said in a press release there are “adequate facilities to accommodate the needs to the traveling public on the I-77 corridor,” warranting the permanent closure of the rest area in Washington County at the 3.6 milemarker.

The agency says there is a rest area in West Virginia that is only 4.5 miles away from the Washington County location, along with a rest area in Guernsey County, Ohio, also along I-77, that is 36 miles away. Additionally, ODOT says there is a truck travel plaza at the Caldwell exit of I-77, as well as truck parking available at the GoMart at exit 1.

Since 1992, more than 60 rest areas have been closed in Ohio due to private sector development, environmental issues stemming from antiquated water and sewage systems, and outdated facilities, ODOT adds. According to ODOT’s website, there are still close to 90 rest areas open in the state.

POLL: Which service would you most like to see if rest areas were commercialized? 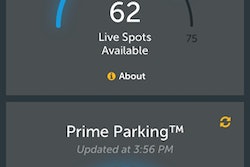