Proposed legislation would allocate $755 million toward adding truck parking capacity
A bill introduced in the U.S. House of Representatives calls for funding specifically allocated for truck parking along the federal highway system.

The bipartisan legislation was introduced Thursday, March 5 by Rep. Mike Bost (R-Illinois) and is co-sponsored by Rep. Angie Craig (D-Minnesota). The bill was sent to the House Committee on Transportation and Infrastructure, which will have to pass the bill before it moves to a vote by the full House, then to the Senate and eventually to the President’s desk before it is enacted.

Dubbed the “Truck Parking Safety Improvement Act,” the bill calls for the Secretary of Transportation to allocate $755 million for truck parking over the next five years. The funds would come from the national highway performance, surface transportation block grant, highway safety improvement and national highway freight programs.

Trucking groups, including the Owner-Operator Independent Drivers Association and the American Trucking Associations, have applauded the measure. OOIDA also notes that it worked with Bost and Craig to develop the legislation.

“After decades of ignoring the problem, Congress is finally getting serious about fixing the severe lack of truck parking across the country,” said Todd Spencer, OOIDA President and CEO. “Finding a safe place to park is something most people take for granted, but it’s a daily struggle for hundreds of thousands of truckers.”

“America’s truck drivers work every day to deliver goods to keep our economy moving safely and efficiently,” said ATA President and CEO Chris Spear. “As part of that, the government mandates drivers pull over and rest to comply with the hours-of-service rules. The least our government can do is work to ensure they have a safe place to park to get the rest they need.”

The allocated funds could only be used for projects that added truck parking capacity, including:

Entities that would be eligible to receive funding under the terms of the bill would be states, public agencies with responsibilities related to truck parking, metropolitan planning organizations and local governments. Those who receive funding would be limited to only using up to 25% of it for planning and development – the remaining 75% is required for construction, property acquisition, and other activities directly related to adding truck parking capacity.

The bill also includes a prohibition on charging fees for trucks to park at locations constructed using allocated funds.

The new Flying J truck stop is located off of I-10 at 14320 Slover Avenue in Fontana.

In addition to the new store, Pilot is also celebrating Pi Day (3.14, or Saturday, March 14) by offering $5 off whole pizzas March 9-15 through the Pilot Flying J app. All pizzas are extra large (16 inches) and are made in-house to each Pilot Flying J location. 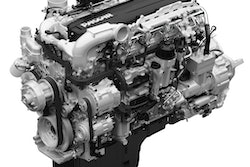 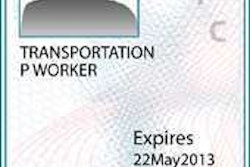 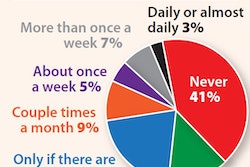 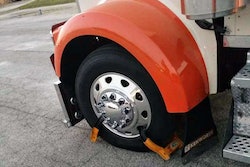