Father and son team David and Mark Wearing, of Oxf

Father and son team David and Mark Wearing, of Oxford, England, bought this 1979 Peterbilt 359 in 2003 and transformed it into a show truck. Previously, it was a working tractor on a farm in Kansas. The 359 is equipped with a 400-hp Caterpillar and a 13-speed transmission. “British people love U.S. trucks,” David says.” 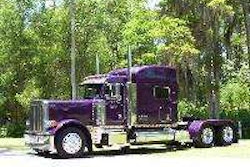 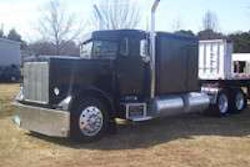 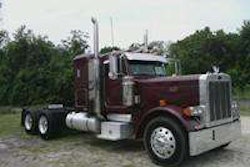 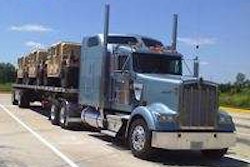