Jeff Hardage, a resident of Garland, Texas, rebuilt his 1986 Peterbilt 359, shown here, in 2001. The rig is powered by a 638-hp Caterpillar and a 13-speed transmission. Hardage hauls general commodities nationwide with the truck, which won Best of Show Working Combo at the 2007 Pride & Polish at the Great American Trucking Show in Dallas. 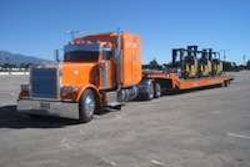 Chris Governor hauls mostly forklifts and other of 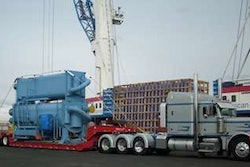 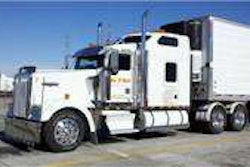 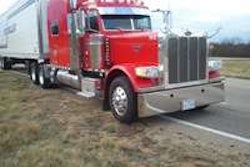