This 2002 Peterbilt 379, owned by David McDaniel of Jefferson City, Tenn., is equipped with a 550-hp Catherpillar and 18-speed transmission. McDaniel says he began adding parts right after he bought it in 2006. He’s installed chrome where possible on the inside. On the exterior, he’s added 8-inch stacks, custom mud flaps and clear LED lights. McDaniel hauls glass from Tennessee to Canada. 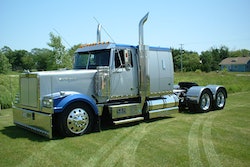 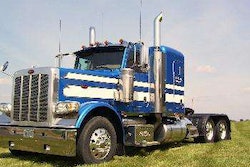 Tony Reiter transports petroleum in the Midwest in 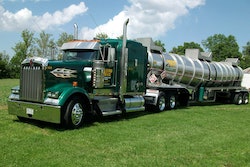 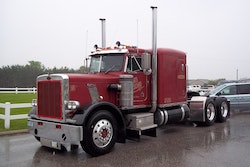