According to a law alert from transportation legal firm Scopelitis, Gavin, Light, Hanson and Feary, Benitez lifted the injunction, which had been reversed by the Ninth Circuit Court of Appeals in April 2021. The case was eventually elevated to the U.S. Supreme Court, with the injunction remaining in place until the conclusion of the legal battle, and SCOTUS officially declined to hear the case earlier this summer.

For now, AB 5 and its ABC test for determining independent contractor status is effective for the trucking industry. Any motor carrier now using leased owner-operators in the state risks being in violation of the law, unless the law's business-to-business exemption is appropriately satisfied.

However, according to the Scopelitis brief, the California Trucking Association has “indicated that it intends to file a new motion for preliminary injunction under the [Federal Aviation Administration Authorization Act of 1994] preemption standard set forth by the Ninth Circuit and on Dormant Commerce Clause grounds.”

Greg Feary, president of Scopelitis, said CTA will now have to argue to the district court based on the 9th Circuit's own standard rather than the U.S. Supreme Court's standard for FAAAA preemption.

"The 9th Circuit said that AB 5 is a generally applicable law and that because it affects the carrier’s relationship with its workforce and not with its customers, it does not freeze into place a particular price, route or service that a carrier would otherwise not provide," Feary said. "Therefore, it is not significantly related to rates, routes or services," thus not being preempted by FAAAA.

"Now, CTA has to say, 'No, while dealing with [carriers'] workforce, it also impacts services and prices and, potentially, routes that would have to be provided to customers,'" Feary added.

Scopelitis' alert also noted that the judge’s earlier ruling denying the Dormant Commerce Clause challenge, for which CTA sought reconsideration, was vacated, so CTA will be filing a new lawsuit on the same grounds -- that the ABC test negatively impacts interstate commerce and thus violates the Commerce Clause of the U.S. Constitution.

Another area Feary said CTA will likely use in its argument going forward is that the business-to-business exemption in AB 5 "would be difficult to apply to trucking for regulatory conflict reasons." The International Brotherhood of Teamsters argued in the case that the B2B exemption “permits motor carriers to contract with truly independent owner-operators without necessarily creating an employment relationship,” but the merits of that argument were not considered in court because the 9th Circuit said it did not need to address the issue in determining whether FAAAA preempts AB 5.

The law's B2B exemption, however, is narrow in scope and requires businesses to meet 12 criteria to operate under the exemption. CTA has previously contended that one of the prerequisites -- that an owner-operator “advertises and holds itself out to the public as available to supply the same or similar services” it offers to carriers -- cannot be realistically met given exclusivity in lease arrangements, a point also addressed in previous reporting referenced in CTA's supplemental filing.

Additionally, Scopelitis said the court will consider the Owner-Operator Independent Drivers Association's motion to intervene in the case. Feary said the judge was "notably concerned with the state's position that intervention was not appropriate at this stage in the case, despite the fact that the Teamsters had already intervened in the case."

CTA's new motion is expected to be filed in the coming weeks, and briefs on the new motion for an injunction will take place this fall, Scopelitis said. 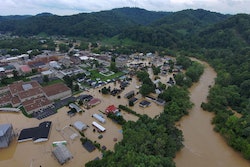 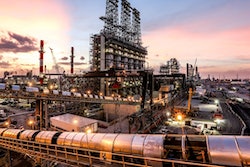 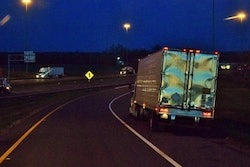 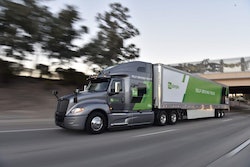