The health insurance shakeup that the Affordable Care Act (aka “Obamacare” represents) gets under way in earnest on Tuesday, October 1. Drivers and owner-operators nationwide will be able to explore options for coverage in the online marketplaces in their various home base states via the central healthcare.gov hub on that day.

For company drivers already happy with their employer’s insurance and any operator eligible for Medicare, Medicaid or VA benefits, nothing will change, but those purchasing insurance on the individual market or via business associations or other groups may find new options on the exchanges.

For the largest segment of owner-operator and driver respondents to Overdrive‘s September polling, the 40 percent of respondents unsure at this point of just what move to make, details on premium rates in the exchanges have through September continued to get clearer, as the Kaiser Family Foundation published its thorough analysis of premiums in 17 state-run exchanges that had released their rate info early. Though they vary according to the state, in one example from Colorado, a Denver family with two 40-year-old adults, two dependents and $60,000 worth in annual income could expect a monthly premium for a middle-grade, “silver” insurance plan in the Colorado exchange of $748 with a $339 tax credit directly reducing the premium to $409.

You can read the Kaiser analysis, with numerous examples from various states around the nation, in full via this link.

Federally-run insurance exchange premium data was released earlier this week; find data in our reporting via this link.

Less costly — and less robust — coverage would also be available on the exchanges, including bronze-level packages as well as catastrophic coverage, though the latter only available to individuals under 30 years old or whose health premiums would make up more than 8 percent of total income. Catastrophic coverage, coupled with a Health Savings Account, has long been a favored option for coverage on the individual market for owner-operators, given the ability to keep monthly premiums low and save tax-deferred for medical expenses — 14 percent of Overdrive poll respondents indicated they planned to continue purchasing their current off-exchange insurance in 2014.

Reading the comments under any question relative to the Affordable Care Act on either OverdriveOnline.com, our Facebook page or elsewhere around the web, it’s clear that the voices against anything having to do with so-called “Obamacare” are loud and plentiful. Nearly 1 in 5 respondents to the poll we ran on various health-insurance scenarios expressed the point of view of many of those in opposition, that they’d rather pay the penalty for not having insurance than participate in a system they oppose for a variety of reasons.

In the first year (2014) of the penalty’s assessment for individuals (associated with the ACA’s mandate for individuals to carry some kind of health-insurance coverage), the decision to pay the penalty rather than carry an approved plan may also represent a sound business decision for those who are healthy — and lucky enough not to be involved in and on the hook for injuries sustained in an accident. The first-year penalty for a family of four could be as little as $285, as high as $682, depending on household taxable income. The penalties are set to grow to more than $2K in the third year of the mandate, numbers outlined in the table below, which ATBS included in its August round-up of decision-making tools relative to the Affordable Care Act. Click through the image for more on their report.

Some of those choosing to pay the penalty hold out hope for the program’s repeal — or success of Republican efforts to defund it. “I don’t plan on ever getting insurance,” wrote Gary D., commenting on OverdriveOnline.com. “I’ll pay the penalty. It will be cheaper. And if nobody signs up for it I think that is the only way they will get the point that we don’t want them controlling every aspect of our lives.”

Among those still unsure about what 2014 would hold for them in terms of health insurance choices, reader Alphea McCulloch held a sort of fingers-crossed hope for better insurance at good rates: “In 2009 I lost my job and lost my health coverage — in 2010 I became pregnant, my first child, so far anyway. I had no insurance, and I couldn’t get any because the insurance companies referred to me as having a pre-existing condition,” which will no longer be possible under the ACA. McCulloch couldn’t get on Medicaid to cover her pregnancy because her truck-driving husband made too much money.

The situation got worse: “I was high-risk, and had to have emergency surgery at 20 weeks, which should have been done at 12 weeks. I was also placed on bed rest. You get the picture.”

McCulloch’s surgery “cost about $14,000,” she writes. “I was in the hospital for a week. I had to visit the doctor three times a week after that and more frequently at 32 weeks. My doctor (specialist) advised me of the fee for him just delivering my son, not what the hospital would charge, and I had to have a C-section. I ended up have an emergency C-section as well. After our son was born, my hubby and I got insurance, and we’re paying almost $700 a month for it. But if I get pregnant tomorrow, I’m not covered. Maternity is not part of our private insurance. I asked. I was told to get Maternity I need to work for a company that offers it. Or get the insurance under our business, which was even more. Yes, I am still looking for better coverage.”

McCulloch ended her thoughts with unsolicited advice for those who would take a cavalier approach to insurance and health-care costs in the face of the worst: “You may not think you need a doctor today or in the future, but take it from me, life is fickle. Things happen.” 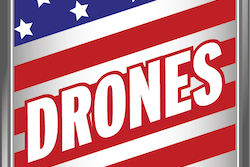 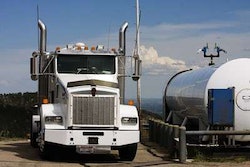 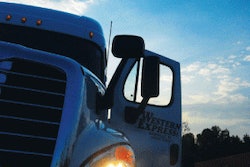