The following letter came in from Elberta Bocock, administrator of a Facebook page that is a salute to OTR drivers.

Manufacturers, warehouse employees, auto makers, farmers, and etc. in large part go home every night to a home-cooked meal, relaxing recliner, hot shower and, most of all, their families. All the while, the truck driver deals with all manner of weather conditions on the road, traffic, the loneliness of the highway, rude gestures and remarks from motorists, sometimes wondering if there’s a parking spot at the next truck stop where they can get a bite to eat, a shower or just sleep.

They may sit for hours or days waiting on a new load, and if that truck ain’t rollin’, they’re not making money! But do not think for a minute that truck drivers are rich. They have a job to do, and they get it done for all of us. Sure, there are planes, trains and boats, but you can be sure you will not see them bumping a dock at a Walmart, post office, hospital, car dealership, mall, gas station… The list goes on.

Simply put, we need our trucks and the drivers in them!

They are human beings, too, with families. Many don’t make it home for holidays, births, funerals, birthdays, anniversaries, proms, first steps, first missing teeth, graduations. Many miss out on watching their children grow up, missing the son’s football game, the daughter’s volleyball practice.

So when you sit down at the dinner table with your family every night, say a prayer for those drivers sitting in the cabs of their trucks, grubbing on a burger or chicken sandwich from a fast-food joint while driving to their destination to make their appointment on time. These men and women do not have enough truck stops in the country, not enough rest areas, not enough lighting or security at these truck stops or rest areas. There are many, many shippers and receivers that will not let drivers stay on their property even if, given delays experience care of the shipper or receiver, the driver’s hours run out.

If you accepted the judgment of many in the mainstream media and at ambulance-chasing law firms, you’d think that truck drivers were evil “serial killers” creating mayhem on the roads. Most, however, do not realize that it is the motorist that is the at-fault party in more than 75 percent of accidents that involve large trucks.

While there are truck drivers that have been reckless, they are as human as the next person, and we all deserve a chance to prove that we can change. I am trying to open the eyes of the populace about our unsung heroes, our world’s truck drivers, our highway angels, our asphalt cowboys and cowgirls. If it weren’t for trucks and the drivers in them, you’d have nothing! –Elberta Bocock, Facebook.com/RespectTruckDrivers101 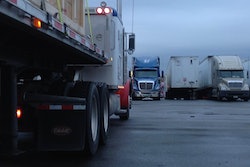 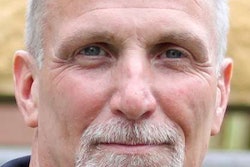