Though the provision for reforming driver compensation practices by requiring carriers to pay a minimum hourly wage for driver detention was not included in the first Congressional draft of a highway bill out of the chute, following the Obama administration’s nod to the notion in its own draft bill language, debate has intensified among owner-operators and small fleet owners over just whether the federal government ought to be involved in detention at all.

Commenting over on the Overdrive’s Trucking Pro LinkedIn group and highlighted in part in this piece, owner-operator William McKelvie worried that a mandate for a minimum wage for detention would cut down the considerably higher rates he’s already getting, as did others like Chattanooga, Tenn.-based small fleet owner Michael Goodman. ” I suggest that any carrier who continually allows shippers to use their trucks to sit without proper compensation should stop doing business with those shippers,” Goodman wrote. “That would have more impact than anything the feds can do. I don’t need or want the government to get more involved in my business. All it would do is cost carriers revenue and expand an already bloated government agency. That will result in yet another tax to pay for the oversight.”

In some ways mirroring such viewpoints over on the Team Run Smart site was Overdrive 2007 Owner-Operator of the Year Henry Albert, longtime independent and former small fleet owner. In this blog post, Albert makes a nuanced argument for detention’s current status as a business decision. He describes, like Goodman, making the decision to not do business with a shipper after getting hit by long, inadquately compensated load/unload periods:

Not every business decision is a profitable one.

I, like every driver, want to be compensated for all my time. I look at this issue in much the same manner as when fuel prices increased rapidly. Due to market forces, carriers quickly added fuel surcharges to their rates. This makes me think about the much-hated electronic logging device. Could this device shift the market forces to finally put a value on a driver’s time? Read Albert’s full argument here.

He was responding there in part to owner-operator Jeff Clark, who is on the contrary passionate about the need for a mandated minimum in detention pay, regardless of market forces. Read his full “Case for mandatory detention pay” here, which in part stems from the notion that “when something of value is free it will eventually be wasted. When anything of value is wasted, overall efficiency is sacrificed.”

Asked to respond to criticism from other operators on grounds that putting the mandate for detention pay on carriers just adds another stress to small businesses in an already over-regulated/stressed environment, Clark acknowledges the “controversial” nature of his stand. “It is the nature of the trucker to want to be left alone,” he says, to see “all government regulation” as a negative. “We are used to government regulating against us.”

What do you think? Drop a comment below or vote in Overdrive‘s poll probing opinion on the subject of mandatory detention pay.

Find more on the issue in Overdrive’s 2013 “Attention to detention” feature series. 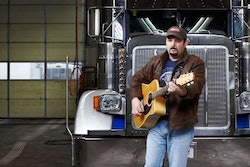 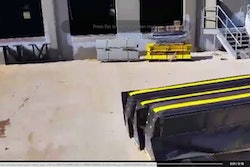