With mainstream media disseminating images of police employing military-style armor and weaponry during rioting in Ferguson, Mo., this summer, a debate over the militarization of local police was revived.

An anonymous Overdrive commenter argued for the need for such equipment, given what some police face and referencing the California shooting of San Bernardino police officer Gabriel Garcia by assailant Alex Alvarado, who used an AK-47. (At press time, Garcia’s condition was improving after being in a coma.) Wrote the reader, “it seems maybe these cops do need some more defense, as they are encountering more and more radical criminals.” Alvarado was fatally wounded by a trainee who was with Garcia at the time.

Reader Robert Smith disagreed: “We are not supposed to be treated as an enemy of the country, and that is now becoming the mindset of law enforcement. We have a well-trained military already in place and don’t need another to fight its own citizens. Everyone needs to put aside their prejudices and see the implications of this before it is too late.”

Another commenter, posting as sthomas1957 at OverdriveOnline.com, noted military-type equipment “isn’t free” and that “taxpayers have to pay for it. Most situations aren’t extreme enough to warrant this kind of equipment.” The National Guard exists for a reason, in part to intervene in situations “the police can’t handle. … It’s just encouraging more dependency [on] those who profit from the manufacture of such items. … Small towns in Hickville, U.S.A., stocking armored vehicles is just absurd.” 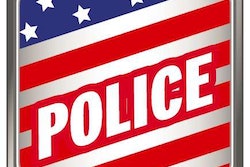 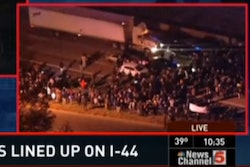 POLL: Where do you stand on U.S. strategy against ISIS?