“There’s an appeal to [the camera] because it makes logical sense. Now, between logical sense and evidence that actually supports it, there’s quite a difference.” –University of Cambridge (England) criminologist Barak Ariel, quoted in this piece in the Atlantic

The story linked to above, worth the read, followed President Obama’s proposal to outfit local police departments with body cameras in large numbers — he specifically called for $75 million dollars to be earmarked to distribute 50,000 body cameras (seems high to me at $1,500 per camera — can’t you get a good dashcam for around $100?… the cost of administration and promotion, I suppose) to departments around the nation.

Our new “Hot Buttons” poll included here wonders at just what you think about the potential for body camera use by law enforcement to improve policing around the country. Would the prevalence of such devices help in the high-octane situations we’ve heard so much about lately? Would the presence of a camera save somebody’s life?

There’s more in the mix of possible outcomes of cameras’ use than that question covers. And as Ariel’s quote above suggests, it’s unclear whether basic logic — cameras up the ante on accountability for all parties of any interaction — is really borne out by any evidence at this point.

Nonetheless, I’d say any policing improvement is welcome if it saves a life and, ultimately, wards off turmoil in the long run — like the below situation, repeated around the country of late, where protesters in the wake of the grand jury verdict in the Michael Brown shooting case in Ferguson, Mo., shut down I-44 in St. Louis for a late hour or so, halting traffic there.

Looks like I-44 is about to open back up; Know the driver, perhaps? Thankfully he just got moving again. pic.twitter.com/Crhwhzuyfl 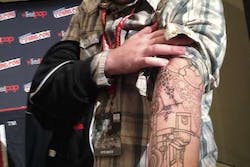 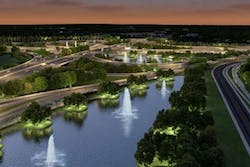 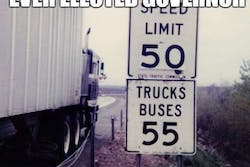