One owner-operator on his liberty premium, and finding a calling

Robert Rosenbaum
Feb 9, 2021
"I chose to put a premium on liberty. I didn't have to work with others always around me, requiring comity among us. I didn't have a lengthy, expensive run-up of sucking up and tush-kissing, learning what wine to drink, or what things to say I believed, etc. I realized that I was there to enjoy what I did to keep the world in line for my lady, my children, my elderly mother, and my wife's wonderful parents." --Owner-operator Robert Rosenbaum
Max Heine

The author of this story, owner-operator Robert Rosenbaum, trucks with his own authority out of Lincoln, Nebraska.

I never figured out what I wanted to do when I grew up. I don't know that I've ever been all that good at driving, though I’ve always loved doing it. It seems the Lord has had some plan for me that He has yet to burden me with, so He's kept me from self-destruction until He wants me for whatever that purpose might be.

I've been licensed in radio broadcasting, multiple lines of insurance, food service, mortgage lending, securities. I had my solo permit before I was old enough to drive alone, my pilot's license at 16, and held a top-secret security clearance. I put forth enough academic effort to get a bachelor's degree, intending to teach English, but before I graduated, I got a glimpse of teaching from inside the teacher's lounge and realized I was in the wrong place. I did a similar dance with my other endeavors, including 18 years of military service, but I couldn't get the square peg to fit the program.

Along the way, one of the most insufferable worms I have ever met told his story of a girl who was complaining about the work that her boyfriend did as a truck driver. He told the girl that her boyfriend should get a "real job," and thought he had been very clever. I thought that if he had so little respect for truck driving, maybe I should check it out.

The local community college ran a hard-nosed, seven-week course. You had to adjust brakes, do a Level I inspection, pass the classroom tests, the driving test, and the truck-rodeo backing course. If you failed any segment, you could not retest; you had to do the entire class again.

I got offers from everywhere I applied, then thought I'd hired on where I wanted to be. However, the passing years revealed the baggage that I had taken on the road with me. I had to come to grips with why I was there and what to do or not do. I had to define what I required and what I would not tolerate -- not by the boss's definition, but by my own. I needed to learn where I could find what suited me better.

Certain behaviors had to be developed to make me as good as I wanted to be, doing something I enjoyed and could be proud of.

If you are going to have what I would accept as success at a job, you need to enjoy what you do. The people you work with or work for, the places where you work, or things you have to do may be undesirable, but you find ways to change those factors and enhance your satisfaction.

I came to see that some things were unpleasant because of how I chose to respond to them. The behavior of countless others did not require my overreaction. I could be the adult in the room, consider the source, and dismiss it with General Patton's line, poor, dumb bast***.

On the highway, I found plenty of applications for this. Fingers, horns or risky reactions wouldn't change anything for the better. Name-calling and shouting wouldn't convert a jerk. I began to determine that many things weren't worthy of troubling me.

I chose to put a premium on liberty. I didn't have to work with others always around me, requiring comity among us. I didn't have a lengthy, expensive run-up of sucking up and tush-kissing, learning what wine to drink, or what things to say I believed, etc. I realized that I was there to enjoy what I did to keep the world in line for my lady, my children, my elderly mother, and my wife's wonderful parents.

That led me to getting my own truck. I happened to be leased on with a company where I met the person most capable of getting me to secure my own authority, as we had both had quite enough of each other. He suggested I speak with a person who might lead me to a good trailer, perhaps expecting that I would overextend my finances and fail. However, the person I met offered an arrangement that has been impeccably fair.

I found myself working with the most wonderful bunch of people I've been among in all of my 70 years.

I get to choose whether and where to go, but the boys I work with know what floats my boat, and they ring my bell when something good comes over the screen. My lady and I told them several times that we thought the world of them, and they were even nice enough to tell her that they were happy to work with me, too. When they call me, I want to come through for them, but if I decline a load, they accept that.

It’s not all been fun and games.

I came home from a four-day run on Passover of 2018, on Saturday, March 31. My lady had gone to Good Friday services with a dear friend on the previous evening, and had sent me a screenshot of the local television weather forecast. She had put new sheets on the bed sometime while I was away, and had fallen asleep in her favorite chair that Friday night, where I found her Saturday afternoon, having passed away.

If you see that you, too, love to drive, learn why you're doing it. You can't do it for money. You need to be motivated by a higher calling.

Learn to find an arrangement and the people that will work well with your personal preferences and theirs.

If you think all trucking is the same, you should be in a government job, not driving a truck.

At my age, I'm too old to be growing up, but I've gotten about as close as I can get to what I want to do, short of the blessing of joining my lady in a realm that has no ELDs, heavy traffic, bad roads, lousy weather, tolls, ignorant safety zealots, et al. We’ve all done things that make us shake our head when we recall them in the present. I know I have. I can deal with all this for the rest of my run, I believe.

I hope I've helped you to find an outlook that might improve your ride, too.

Find more Voices via this link. 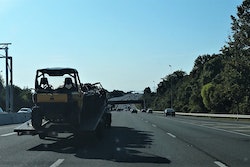 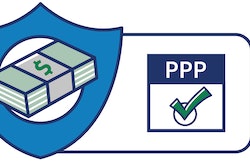 POLL: PPP round 2 -- are you going after funding?