In-cab technology investments may not be enough to prevent accidents

There is a massive focus on safety technology in the trucking industry. I have attended or been invited to at least five user conferences this year for tech companies that provide in-cab technologies meant to improve driver safety.

But what about the millions of other drivers on the roads?

In the second quarter of 2022, there were just over 284 million vehicles operating on U.S. roadways across all vehicle types. While heavy-duty trucks transporting goods across America to the very consumers who are driving alongside them are among them, there are far more passenger vehicles.

And most of them, in my experience at least, do not know how to drive around an 18-wheeler. So how useful is all this in-cab technology that trucking companies are footing the bill for when passenger car drivers – or four-wheelers – don’t have the proper knowledge of how to operate around these much larger vehicles that can kill them.

Multiple studies have shown that, more often than not, the passenger vehicle is at-fault in a truck-involved collision.

While helpful, all the technology in the world cannot prevent a passenger vehicle from cutting off an 18-wheeler, which may result in an accident that more often than not, the trucking company has to shell out money for.

A total of 4,014 people died in large truck crashes in 2020, 15% of which were truck occupants and 68% were occupants of cars and other vehicles, according to the Insurance Institute for Highway Safety. Average nuclear verdicts in the U.S. trucking industry skyrocketed from $2.3 million to $22.3 million between 2010 and 2018, according to a study conducted by the American Transportation Research Institute, and they continue to rise.

While automotive manufacturers are increasingly adding safety technology to passenger cars as well, it seems only to enable those drivers to “check out” behind the wheel. For example, I once rode with a friend who owns a Kia that has automatic braking and lane-keep assist, and he said something along the lines of, “this makes it way easier to text and drive.”

What’s the answer to resolving this problem?

As the daughter of a former truck driver, my mother taught me – and annoyingly continues to teach me today as a passenger-seat driver – how to share the roadways with trucks and the good ole Smith system.

I don’t have a fancy newer car with a bunch of technology, so I do actually have to pay attention to the road. I also homeschooled in high school and therefore didn’t have to take a driver education course, so I don’t entirely know what’s included in that training. But I have a younger sister who shared that her teacher simply had his students drive him around our small, three-redlight town to run errands with very little actual instruction.

But I think driver education in high schools could be key to helping resolve the issue.

I highly doubt many students are taught – beyond signaling, parallel parking and maybe a three-point turn – how to properly maneuver around an 18-wheeler. I mean, if you look at drivers on the road today, the majority don’t even understand who has the right of way.

I also know trucking companies exist across major metros and rural areas like mine, and they can reach multiple schools in one area.

I think it could be helpful for those companies to partner with high schools to teach students such a useful life skill.

Work with those schools on developing a better, more well-rounded driver education curriculum. Maybe the driver education instructors at the schools in your area could participate for free in your safety program so they can learn and impart that knowledge on their students.

Depending on the school and its leadership, this could be easy; it could be difficult. But it could also be extremely helpful and potentially save someone’s life. And if that isn’t incentive enough, it could also save your trucking company quite a bit of money.

It’s unfortunate that the onus falls to trucking companies to initiate these types of things as they already have so much on their plate when it comes to safety. But if they don’t, who will? After all, they are the ones who have more financial incentive to make these types of moves. 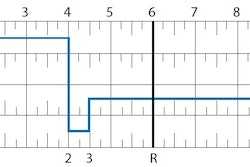 ELD mandate: More than four years in, how did the shift affect highway safety, if at all? 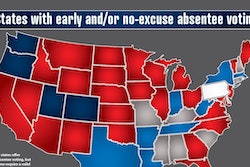 POLL: How do you plan to vote in the November mid-term elections? 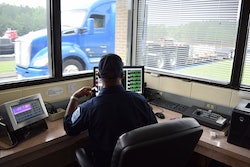 Roadcheck preps: What's been your preparation strategy ahead of the May 17-19 inspection blitz? 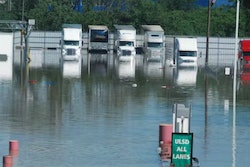 Survey: Business impacts of severe weather -- what have you seen?