Almost half of New Mexico’s public rest stops would be closed because of a funding shortfall, according to the state’s Department of Transportation.

The New Mexico DOT has chosen 14 of the state’s 32 rest stops — 13 full-time and one seasonal — for possible closure soon.

Ten of the rest stops are along Interstates 10, 25 and 40, and the rest are on U.S. highways 64, 70 and 180, according to the transportation agency. Eight of the targeted rest stops are at four sites, on opposite sides of an Interstate.

The savings from closing all 14 rest stops is estimated at $1.6 million, the state DOT said.

In the past year, several states have closed rest stops to save funds. In January, South Carolina closed four of its 33 rest areas. Last October, Arizona closed 13 of its 18 rest stops. Also last year, Virginia closed 19 rest areas but reopened them recently after a new governor took office.

Arizona and Virginia are among states that have sought permission to privatize or allow commercial services at rest stops as a way to get money to maintain facilities. Under the federal surface transportation law, such highway rest stops built after 1960 are banned from offering commercial services such as food and fuel. 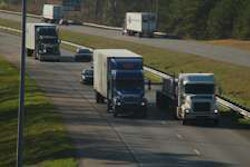