The cost of money – and waiting

You know exactly what fuel costs because you buy it every day. The cost of money varies widely and is a lot trickier to follow.

The rates on one money source near and dear to owner-operators – credit cards – went up a point or more early this year, perhaps as compensation for federal legislation that took effect and cracked down on certain fees. Average rates haven’t changed lately for most borrowers, but rates dropped from 14.5 percent to 13 percent in August for those with excellent credit, according to Creditkarma.com.

Rates on home mortgages have changed most dramatically. At this writing, average fixed 15-year mortgage rates were below 4 percent, according to Bankrate.com. Three-year adjustable rates were as low as 2.25 percent. If you’ve been saving for a house down payment and your credit isn’t in the gutter, you’re in an enviable position.

For truck buyers, rates haven’t dropped so much. Compared to a year or two ago, when credit was still super tight after the housing market crash, rates are down a few points, say used truck industry leaders Steve Clough and Eddie Walker.

The year began with a decent inventory of good used trucks, but that’s rapidly diminishing.

“If you’re not a first-time buyer and you’ve kept your credit squeaky clean, then you can demand a 10, 12 percent interest rate,” says Walker, owner of Best Used Trucks in Fort Worth, Texas, and a former long-time president of the Used Truck Association. “A year ago they were charging you probably 12 to 15 percent.”

Many owner-operators’ credit doesn’t exactly squeak. Walker warns such buyers not to do business with lenders who charge maximum rates – in Texas, around 26 percent – and then pile on fees to compensate for the rate cap. Too many owner-operators are being unfairly classified as high-risk, he says. They have many years of experience and worked hard and smart to survive the downturn, only to find minor financial blemishes magnified by lenders.

For someone who really needs to trade, the concern is less the lending rate than it is what supply and demand is doing to truck prices. The year began with a decent inventory of good used trucks, but that’s rapidly diminishing, forcing up prices for what’s left, says Clough, president and CEO of Arrow Truck Sales. That’s going to worsen over the next few years. The predictable flow of trucks from fleets’ three- and four-year trade cycles will dry up further due to the sparse sales of new trucks in recent years.

Some buyers are getting sticker shock already, Clough says. “Maybe they were looking off and on six months ago, in February or March, and prices were at a certain level. Now that very same truck is more. They’re not used to that.”

There’s no compelling reason to think truck loan rates will drop much further, if at all, while used truck prices could well keep rising. If you’ve been casually postponing a trade, it might be worth your while to buckle down and see what it’s costing you to wait.

Do you have questions or comments about this column? Email Heine at mheine@rrpub.com 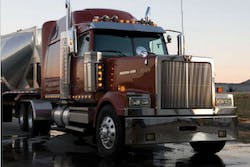 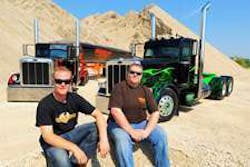 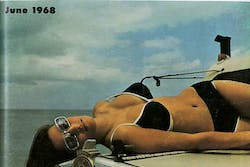 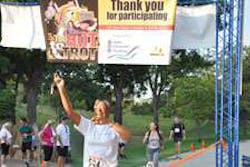