At least three industry organizations are planning to file a lawsuit within the next few weeks seeking to block or delay disclosure of certain data that could misrepresent carriers’ safety record.

FMCSA plans to release by early December the data from the new Safety Measurement System (SMS), which will replace the current SafeStat methodology.

The groups argue that disclosure of the percentile rankings within the Behavior Analysis and Safety Improvement Categories (BASICs) and use of terms characterizing those rankings amount to a public branding of carriers as less than safe. SMS data in its current form is unsuitable for use by the public in making decisions about a carrier’s safety, and that’s FMCSA’s job anyway, they argue.

In September, NASTC, TEANA and AEMCA filed a motion to postpone release of CSA data with percentile rankings or labels characterizing carriers as “deficient” or “marginal” in a BASIC if they exceeded intervention thresholds. After meeting with FMCSA officials, the groups in October offered to withdraw the motion in exchange for removal of any pejorative labels on carriers’ safety performance and a specific disclaimer on the use of the data. The groups do not object to FMCSA’s use of the SMS as an internal tool for targeting enforcement.

FMCSA has not responded to either the motion or the conditional offer to withdraw it, and the agency’s CSA changes announced Nov. 18 are insufficient, Seaton says.

“Changing the color from red to orange and changing the terms from ‘deficient’ or ‘marginal’ to ‘alert’ do not begin to address the possible misuse of CSA 2010,” Seaton says. The changes do not “put an end to the prospective black-balling of carriers by shippers and brokers when those carriers are in fact certified by the FMCSA as safe to operate.”

Seaton also points to FMCSA’s decision to withhold rankings in the Cargo-Related BASIC as further support for his clients’ position. “The fact that the agency has now agreed not to publish percentile scores in yet a second BASIC area begs the question – why publish any percentile ranking before the protections afforded by the Administrative Procedures Act have been provided to affected carriers, shippers and brokers.”

Although NASTC, TEANA and AEMCA might prove to be the only named plaintiffs in the lawsuit, they likely will have backing from others in the industry. For example, late last week the Oklahoma Trucking Association decided to endorse the effort to withhold public disclosure pending a rulemaking. “The concern is no due process,” says OTA Executive Director Dan Case. There is no effective way to challenge bad data at the state and local level, and that’s the data that ultimately populates the SMS, Case says. “There’s nowhere to go.” 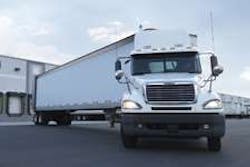 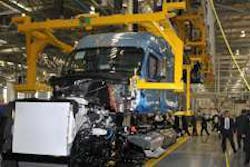 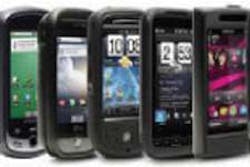 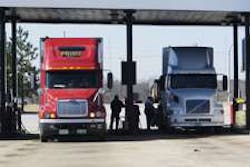