When the housing market collapsed, Dan Heister learned how quickly flatbed could go sour — and what it would take to keep his head above water.

Flatbedding was good to Dan Heister in 2007 and 2008. Then problems in the credit and housing markets knocked the wheels off virtually all flatbed segments. A lot of Heister’s lanes disappeared. Rates plunged.

Many of his fellow owner-operators at Boyd Bros. Transportation and other flatbed carriers had their leases severed or went out of business. Heister, though, was determined to stay in flatbedding and do what it would take to make ends meet for his family until the market turned.

It wouldn’t be easy.

“When life is going to be much tougher on the road, he thinks ahead,” says Heister’s fleet manager, Jim Davis. “He makes sure he has the funds to keep running.”

Tawn Heister, Dan’s wife of 26 years, attributes his success to setting high standards: “If you’re going to do something, you do it to the best of your ability. Dan knows what he has to do, and he does it.”

Foresight and a strong work ethic are just two qualities that set the 45-year-old owner-operator apart as Overdrive’s 2011 Trucker of the Year. He developed other skills throughout a career that included special training in the military.

Heister met Tawn near Davenport, Iowa, while in high school. When he was 18, the couple married and he joined the Army, stationed at Fort Campbell, Ky.

After a year and a half stateside, they lived three years in Germany. “I was an aircraft mechanic there,” says Heister, but “I spent most of my time in the motor pool. When I was in Europe I had a tractor and three trailers,” which he utilized to transport equipment in need of repair.

Heister says that experience prepared him well for handling truck maintenance needs as an owner-operator. For example, when an exhaust bracket on his International recently cracked, “I fixed that over a weekend,” he says. “I had some metal I could put around it.”

His time at home, though, is more often spent with family, whether working on three classic Ford autos with his 13-year-old son, Jake, or enjoying time with Tawn. “When I bought my truck I decided I wasn’t going to spend my weekend working on it so I could go and work all week, too,” Heister says. “Time at home’s too precious.”

When the first Iraq war began, Heister was deployed to do maintenance and also drove trucks there. After Iraq, he spent a year in Korea before ending his Army service and staying in the Fort Campbell area. He turned to trucking.

“I had driven trucks since I was on the farm [growing up in Iowa], as well as in the Army,” he says. “And since I’d never held a 9-to-5 job, trucking just seemed to make sense.”

With no verifiable commercial experience, though, Heister felt he might have difficulty getting a job with a good company, so he put himself through a driver-training school in Murfreesboro, Tenn. “A piece of cake,” he recalls. “I spent more time helping the other students because I had done so much maintenance on trucks in the Army.”

Part of the training focused on safe practices that weren’t common to his driving for the military. “In Germany, I’d just get in and go,” he says of the loading he did around bases there in the late 1980s. “I remember one time we were moving a warehouse or something. I put a whole bunch of sheetrock on the truck and just moved it along, not a strap on it.”

While attending driving school and afterward, says Heister, he heard about Boyd Bros., headquartered in Clanton, Ala. “‘Boyd’s a really good company,’ they told me, and it’s the only company I called, too,” he says. “I was like a lot of guys: I figured I’d be over the road for a couple years, then get a local job and live happily ever after. That’s been 15 years ago.”

Steve Bredigkeit, Boyd’s director of owner-operator support, remembers meeting Heister in the late 1990s. From the start, Heister was a “consistently nice, helpful guy: always upbeat, one of those people who tend to stick out.”

Heister excelled with the flatbed carrier as a company driver, making enough to support his family, which grew with the addition of son Jake, born the year after he started with Boyd. In 2004, as Heister contemplated a move to owner-operator status with Boyd, he and his family bought a house south of Fort Campbell in Erin, Tenn.

Boyd’s Independent Express program was launched shortly thereafter. Pairing self-dispatch-type online load selection from the company’s freight pool with a percentage-of-the-gross approach for pay, the Boyd IE program immediately attracted Heister. Bredigkeit says, “We reserved it from the beginning for a select group of drivers who have their own trucks.”

Rates are higher on IE freight, says Bredigkeit, so “naturally their income is higher – it’s greater on fewer miles.”

Heister was particularly good at managing his time and loads, building a regional niche within 300 miles of his home. In 2007, he says, he averaged five well-paying hauls a week and got home nearly every weekend. His 2008 net income was again nearly $80,000, even with the fuel spike of that year. Boyd’s surcharge program, with 100 percent pass through to the owner-operator, helped cushion the blow.

Then the housing crisis hit in 2009. He took the equivalent of a 30-cent-a-mile gross pay cut.

Heister, having planned to end his truck payments in 2009, had socked away more than enough to make a final payment of $18,000 to $20,000. But as he assessed the roiling market, he put off any big moves. He kept the money in a sizable maintenance fund, which helped him endure.

A lot of weeks in 2009, he says, “I had only two loads, so I was using some of my savings to cover my household expenses.” At the same time, “I made sure I had a certain amount of thousands of dollars saved, enough that if something broke, I could fix it.” During the downturn, for instance, he spent about $3,500 to replace a turbo and fuel injectors.

Though his miles and net income dropped substantially during the downturn, he emerged strong and made the final payment on his truck last fall. “I could’ve paid it off months before,” he says, “but I’m always thinking ahead.” n

The company he keeps

Tim Walker led maintenance for Boyd Bros. at the flatbed carrier’s Birmingham terminal in 1997, when he met Dan Heister. Having come to know Heister better at Boyd, and now as owner of Birmingham, Ala.-based Southern Truck Center, Walker says Heister is “far above 98 percent of our customers.”

Heister, too, appreciates his business partners, and largely credits them for his success. The accolades given Heister in recent years, beginning with a million-mile safe driving award in March 2009, extend from the quality of the company he keeps, he says. His nomination for the Truckload Carriers Association’s 2009 Independent Contractor of the Year award program — and later as Overdrive 2011 Trucker of the Year — came from Boyd Bros.

“If your company will pick you out of all the people they work with, that’s a really big honor,” Heister says. “If you only stay six months, it’s hard to get to know somebody very well because you’re on the road all the time. I know most of the people at Boyd now by name, from the mechanics to the dispatchers — everybody, including the owners.”

Steve Bredigkeit, director of owner-operator support at Boyd, says safe, profitable, dependable owner-operators like Heister are the greatest asset any freight company can ask for. “Dan focuses on that next safe mile,” he says.

2011 Trucker of the Year prizes

• A set of steer tires from Continental Tires

• A leather jacket and lubricants from ExxonMobil Lubricants

• A $50 gift certificate from Kaper II and Woody’s Accessories

• An iPad with Dan Heister’s name engraved from Navistar Parts

• All-expense-paid trips to the Great American Trucking Show in Dallas, and a trip anywhere in the continental United States, with $1,000 from Overdrive

• A set of steer axle centering sleeves from Tru-Balance

• A business kit from Volvo Trucks

For video of Heister’s cars and an interview with him, visit overdriveonline.com. 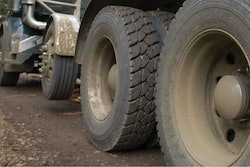 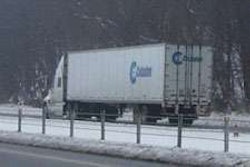 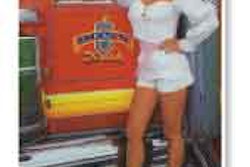 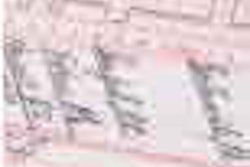