In a listening session and webcast organized by FMCSA, representatives from carriers and trucking groups and owner-operators said proposed changes wouldn’t lead to improvements and would complicate requirements for companies and drivers alike.

Owner-operator Rusty Wade of MM American called in to say, “If you put these rules in the name of safety, you’re going to cut my income by at least one-sixth. I’m going to lose one load a week. My actual freight runs three to four loads a week, so I’m going to lose a quarter of my income.”

Don Osterberg, senior vice president of safety and security at Schneider National, said the proposed changes wouldn’t enhance safety. “It certainly won’t make it worse. I don’t think you can say it will improve safety either,” referring to FMCSA staff members at the listening session in the Washington, D.C. area.

Referring to impact of the proposals on business, Osterberg said productivity would drop 4.72 percent. Schneider drivers would get home 25 percent less under the proposal, he said. The average daily mileage would fall from 501.7 miles to 478. To compensate for that loss, the company would have to increase driver pay by $3,000 annually to offset the productivity decline, he said. “We will have to increase driver pay anyway [because of ongoing supply and demand] but that would be a component that would add cost to the supply chain,” he said.

On the restart provision, he said, “I don’t believe the restart proposal will have a significant negative impact on productivity. It will be a nuisance. The average restart break our fleet takes is 62 hours.”

Osterberg also made a pitch for an electronic onboard recorder mandate proposed by FMCSA on Jan. 31. “Let’s measure the compliant driver by the effects of the current hours of service rules, and if they need to be changed, change them then,” he said.

Also calling in, William Fields, president of William Fields Enterprises that is leased on to FFE Transportation, added to the support for mandating EOBRs. He said it would stop companies from pushing drivers to exceed hours limits. “In the long run that would force bad actor carriers, drivers and shippers and receivers to either get in line or lose business.”

On hours of service, he said the rules are working. “The only flexibility I feel that needs to see handed out would be to give the driver a two-hour off-duty window at either shippers or receivers to compensate for the time they force you to wait. Outside of that if you give a bunch of flexibility, a lot of people will take advantage of it.”

Dave Osiecki, head of policy and regulatory affairs for the American Trucking Associations, said the HOS proposals aren’t the best way to address cost-beneficial solutions for fatigue among truckers. He pointed out FMCSA isn’t following sound safety research in making the proposed changes. He called the 34-hour restart change an “unjustified overreach” of the regulation.

“The current rules are working,” he said, adding FMCSA should withdraw the HOS proposals. “To better address the causes of fatigue in transportation and trucking, the FMCSA should focus its expertise, energy and resources on sleep disorder issues including screening and training and promote use of fatigue risk management programs.”

Bob Petrancosta, vice president of safety at Con-way Freight, contended the proposed rules would hurt drivers, the environment and the economy without improving safety. He said under current HOS rules, his company’s reportable accident rate has remained stable.

“By reducing the number of hours drivers can operate every day, it would necessitate the use of more vehicles whicvh will lead to greater traffic congestion,” Petrancosta said. “Further, reduced industry capacity will result in higher shipping costs, which we will have to pass on. Reducing the work day from 14 to 13 hours will result in less wage-earning capability for our drivers. While the individual driver may be earning less, our company costs will increase as more drivers are needed,” he added.

Frank Silio, a driver and trainer at Covenant Transport, echoed the comment that current HOS rules should be retained. On the proposed 34-hour restart, he said, “It would add to a large frustration of finding adequate and safe parking for trucks. It would put an economic strain on the driver and the companies. Why add this financial strain now after a slow and long economic recovery this industry has endured.”

Todd Spencer, executive vice president of the Owner-Operator Independent Drivers Association, reiterated the need for rules flexibility for drivers. He also cited the negative role of shippers and receivers on drivers’ schedules, health and safety and fatigue and their ability to comply with HOS regulations. “The overwhelming majority of drivers are not happy with any reduction in available driving time, the mandatory half-hour break or the two overnight midnight to 6 a.m. rest periods required for their 34-hour restart provision,” he said.

He added that some OOIDA members suggested that if a reduction in driving time should be considered, it should be focused on newer drivers with less experience and those more likely to get into accidents. 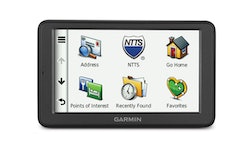 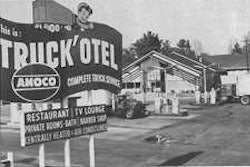 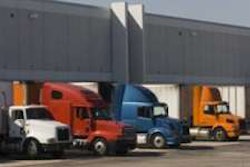 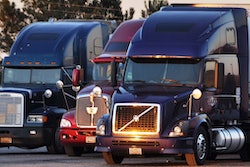