The composite index known as the PMI was slightly below the March level at 60.4 percent but remained above 60 percent for the fourth consecutive month; readings above 50 percent indicate growth.

Norbert Ore, chair of the Institute for Supply Management Manufacturing Business Survey Committee, said the component indexes of most interest to trucking companies – new orders and production – continue to drive the PMI, as they both have exceeded 60 percent for five consecutive months.

“Manufacturing employment appears to have developed significant momentum, as the Employment Index readings for the first four months of 2011 are the highest readings in the last 38 years,” Ore said.

Ore said inventory growth also took place in April after two months of destocking, but the restocking appears to be necessitated by the strong performance in new orders.

“While the manufacturing sector is definitely performing above most expectations so far in 2011, manufacturers are experiencing significant cost pressures from commodities and other inputs,” he said. 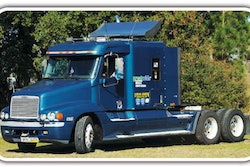