The season premier of the History Channel’s latest Ice Road Truckers installment aired Sunday, June 5. This season follows seven drivers along dangerous roads in Manitoba, Canada, and in Alaska, along the Dalton Highway.

David Redmon, a heavy-hauler from Riverside, Ala., discussed the show and his experiences on the Ice Road with Overdrive. This is Redmon’s second season on the IRT series. He joined the show last year for the History Channel’s spin-off show IRT Deadliest Roads when he and several other IRT drivers took on treacherous passageways through the Himalayan Mountains.

This season, Redmon was one of four drivers to take on the Dalton Highway in Alaska.

Here’s part of the interview:

Overdrive: What are some of the major differences between driving on a paved highway and the Dalton?

Redmon: The difference between driving in Alaska on the Daltons and driving in the lower 48 is, up there, you literally can’t take your eyes off of the road for even a split second. A caribou could walk out in front of you, or a moose. The roads are so narrow that you can’t see what has been over plowed and under plowed, meaning, did the guy who plowed it go far enough out? Did he leave me enough road to drive on? Or did he go too far out, and what I’m seeing that looks safe is actually a ditch?

Down here you get relaxed and you get complacent. You drive on an Interstate highway for hundreds of miles, and you’re just following the guy in front of you. Up there you’re just driving on a sheet of ice for 526 miles, and they emphasize in the show to stay in your line, because if you top a hill – and there’s lots of them – someone could be coming right at you.

OD: What can we expect from the new season?

It sort of sets up a competition of who’s hauling the most loads, since we have two different teams in two different countries. It’s going to be a lot more interesting to watch this year – six or seven drivers in a competition as opposed to just two or three drivers running up and down the road.

OD:What are the differences between driving on the Dalton and driving in the Himalayas?

Redmon: Being in India, we were absolutely bombarded by traffic and crazy drivers. They’re not really crazy, that’s just the way they drive there and we weren’t used to it. People blowing their horns nonstop and climbing in on top of you really close.

On the Dalton, you can go several hours at night and never see another soul. And on the Dalton everybody looks out for everybody. If a guy in a pickup truck gets stuck, you stop and pull him out. I had an instance where I broke down, and, literally, I didn’t even get out of the truck and there were two guys standing there ready to help. In India, when you break down, everybody just drives by and laughs at you. It’s one total extreme to the other.

Redmon: Working with Lisa there was just like working with her in India. We’re pretty good friends. We’ve got the whole big brother and sister thing going on. I didn’t really get a chance to work with Maya much. They had her with trainers most of the time there.

OD: You were no longer a rookie TV star on this show – how did they change your experience?

Redmon: My time in India went by pretty fast. I was totally caught off guard with the way everything was done. There are massive amounts of people trying to put this show together, and you’re just one small part.

When I went to Alaska I had a little bit better grasp of what was going on. The second show was just a lot easier to do than the first one. I knew exactly what to expect and what they were looking for. On the first show I was just really stupid.

I didn’t know what they wanted to get out of me and why the producer kept asking me the same question over and over. This time I knew why. It was a good experience. 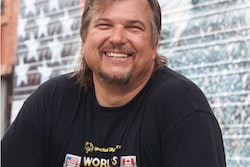 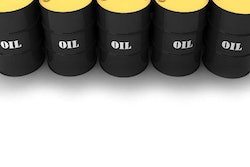 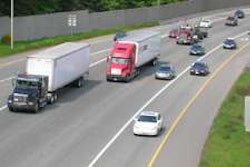 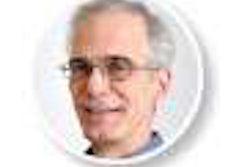