A company spokeswoman corrected an earlier announcement that the Morgantown facility had already opened.

The Haines City plaza is at 35647 U.S. Highway 27 North. The 12,462-square-ft. facility includes eight fuel islands, seven diesel islands and 76 parking places. A Denny’s restaurant and hot and cold deli are open. Services include a CAT scale, laundry, UPS drop box, an ATM and other amenities offered at all Pilot Flying J plazas.

The 7,662-square-ft. Morgantown center is at 2309 Smithtown Rd., off of Interstate 79 at Exit 146. When it opens, it will feature three fuel islands, seven diesel islands and 46 parking places. Services include Pegasus, a CAT scale and laundry. Other amenities include Carvel Ice Cream and Cinnabon eateries, a hot and cold deli, and communication and entertainment venues offered at all Pilot Flying J plazas.

As with all other of the stop’s facilities, the Morgantown and Haines City plazas honor the new Frequent Fueler Advantage card and will honor points accumulated on the Frequent Fueler, RV Real Value Card and Driver Payback cards.

Read more about the new centers at Pilot Flying J. 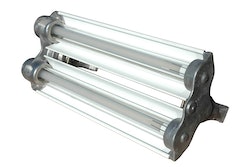 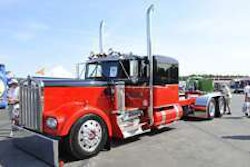 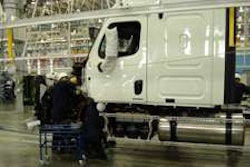