U.S. transportation officials said they are working this month to meet a federal audit’s requirements before starting the cross-border pilot trucking program with Mexico, including plan details concerning monitoring and tracking devices on Mexican participant trucks.

The U.S. Office of Inspector General just released the Aug. 19 audit of the Federal Motor Carrier Safety Administration’s pilot program. The OIG reported the agency had adequate border inspections, but more action is necessary to meet U.S. regulations and standards.

Federal law requires the OIG report to Congress on the program. The agency must address the office’s concerns before participating Mexican trucks begin crossing the border.

On Aug. 10, the FMCSA’s response to the report noted action or plans to satisfy these requirements before the end of September, when the report is expected to be sent to Congress.

The OIG audited the program from April to July. U.S. and Mexican officials signed a memorandum of understanding July 6 to settle the long–haul, cross–border trucking dispute between the two nations. Two days later, the FMCSA published a Federal Register notice of intent to proceed with the program.

The FMCSA said it has begun soliciting proposals for electronic monitoring devices and tracking service it will require for Mexican participating trucks for three years. In April, it had estimated the total cost at $2.5 million, but the OIG puts that price at $3.2 million. Although the agency will retain ownership, its plans to fund these devices have drawn criticism.

In June, FMCSA officials told OIG they will comply with the law for conducting Pre-Authority Safety Audits and compliance reviews, but have not developed plans and safeguards for conducting PASAs in Mexico.

PASA is an FMCSA review in which the motor carrier must demonstrate it complies with requirements for drug and alcohol testing, hours-of-service, insurance, vehicle maintenance and inspections, and qualified drivers.

In late spring, the FMCSA had told OIG officials it did not plan to conduct reviews in Mexico due to “safety concerns” but the OIG did not provide further information on these concerns.

The FMCSA stated in July and August, it had published a PASA policy memorandum, trained staff on new PASA policies and was finalizing plans on how it will conduct PASAs and compliance reviews.

The agency also reviewed field staff procedure “when traveling to Mexico for conducting PASA and compliance reviews and will comply with all the legal requirements for conducting reviews in Mexico.”

Among other action, the FMCSA said it was: 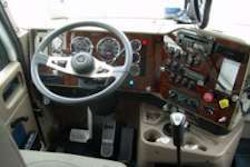