Years before Burt Reynolds’ Bandit uttered his first “2-4” over a CB, the Lone Ranger showed a healthy appreciation of truckers.

“Truckers remind me a lot of the men who drove for the Overland Stage in the old days of the West,” actor Clayton Moore, aka The Lone Ranger, told Overdrive in 1972. “They’re dedicated, hard working, proud men. I’ll tell you one thing — when I’m on the road, I love to follow a truck. They know what they’re doing. I feel safe on the highway with them around.”

The two-page story in the April issue that year revealed some of Moore’s personality behind the mask he wore as the Lone Ranger. The popular series about the mysterious hero fighting injustice in the Old West ran on TV from 1949 to 1957.

In regard to heroic ideals, the actor shared insights. “I definitely try to carry out The Lone Ranger philosophy. By adopting his beliefs, I’ve developed more patience and more understanding. I really love the character I play,” Moore said, noting that kids in America needed more heroes.

At the time of the interview, he resided in Southern California and stilled owned Silver, the white stallion known for dramatic getaways with the Lone Ranger atop.

Moore, a Chicago native, was a plane dispatcher in World War II and performed as a circus trapeze artist before he became an actor. He was a family man, as well, with a wife and daughter.

He enjoyed playing the part of the good guy: “The Lone Ranger is very real to me. He and Tonto believe in fighting for what is right,” Moore said. “I’m a do-gooder.”

YouTube’s archived obituaries of his death in late December 1999 show the impact he made as a fictional hero.

You can read about many more real-life do-gooders — truckers who ride away on their rigs instead of steeds — on OverdriveRetro. On this week’s “Years Ago” feature, you can read about a comic book hero who was modeled after, not a masked man, but a trucker. 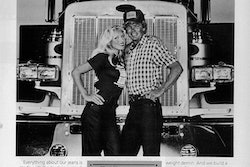 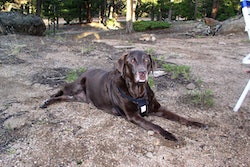 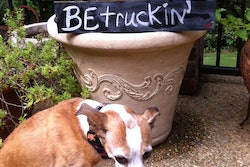 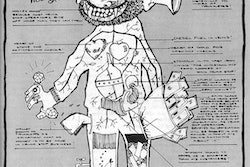