New commercial vehicle registrations in the United States are set to reach 440,000 units for 2011, an increase of 17.6 percent over 2010 and 33 percent higher than 2009, according to Polk, a data provider for the commercial vehicle industry.

New registrations of Gross Vehicle Weight Rating Class 3-8 commercial vehicles remain 45.4 percent lower than the peak in 2006 when the market boomed to support the impending change in diesel regulations, Polk said Nov. 2. Polk said the 2011 recovery is being led by a large increase in registrations of GVWR Class 3 vehicles, rather than GVWR Class 8 vehicles, which historically have been the predominant segment in the commercial vehicle market.

“The growth in the GVWR Class 3 segment is predominantly based on those vehicles being purchased for small to large fleets and independent contractor use,” said Gary Meteer, director of sales and client services at Polk.

The best indication of this mixed use, according to Polk, is that through the first eight months of the year, nearly 48 percent of GVWR Class 3 vehicles were registered to an individual rather than a business. New registrations to individuals were up 27.4 percent in the first eight months of the calendar year versus 24.3 percent for all vehicles among all GVWR Class 3-8 vehicles, Polk reported.

According to Polk, the southern region of the United States has the largest concentration of new commercial vehicle registrations, with about one-third market share. 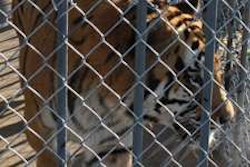