Expanded truck parking is part of a two-year transportation funding bill that was passed out of the Senate Environment and Public Works committee.

The committee approved the $109 billion Moving Ahead for Progress in the 21st Century Act and sent it to the full Senate, where it will be combined with other committee bills. The House Transportation and Infrastructure committee is working on a six-year transportation measure.

The title refers to New York trucker Jason Rivenburg, murdered in 2009 during an attempted robbery while parked at an abandoned service station. Boxer’s bill lists potential funding sources to improve parking for truckers using the National Highway System. Projects could include new rest areas or opening existing facilities to truckers, such as inspection and weigh stations and park-and-ride facilities.

Since 2010, the House and Senate have considered Jason’s Law bills that would have created a grant program to mitigate the truck parking shortage.

Boxer has said the bill reauthorizes the federal-aid highway program at the Congressional Budget Office’s baseline level, equal to current funding levels plus inflation. It consolidates the number of federal transportation programs by two-thirds and eliminates earmarks, she said.

The legislation would continue providing the majority of federal-aid highway funds to the states through core programs, including the creation of a National Freight Network Program. This program would consolidate existing programs into a focused freight program, allocating state funding by formula for freight movement projects, including freight intermodal connectors.

The bill would designate particulate matter as a pollutant addressed under the Congestion Mitigation and Air Quality Improvement Program, which provides funds to states for transportation projects to reduce congestion and improve air quality.

Sen. Max Baucus (D-Mont.), chairman of the Transportation and Infrastructure Subcommittee and Sens. James Inhofe (R-Okla.) and Senator David Vitter (R-La.) are co-sponsors of the bill.

More information is available at http://epw.senate.gov. 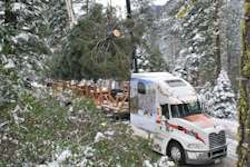 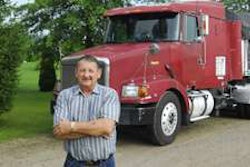