What if our house was destroyed? The trucker’s advantage.

I learned today how hurricane shutters are installed on a Florida house. Learned by removing them.

Diane and I woke up this morning in our Florida vacation house where we plan to stay until mid-February. Today was mostly the same as the other days we have spent here, which have been very nice. I am especially enjoying the mild temperatures that enable us to open all the windows and enjoy the breeze blowing through the house.

New today was removing the hurricane shutters and brackets that came with the house when we bought it. We are having new windows installed in a week or so. The crew wants the shutters and drapes removed before they arrive.

The shutters will not be re-installed. Single-pane windows are being replaced with double-pane windows that are guaranteed to stand up to 175 mph winds. If a hurricane comes, the house (a manufactured home) would blow to bits before the window glass broke.

• Because of housing market timing and because we live and work in a truck, Diane and I get to have a different kind of conversation about a house than many homeowners do. The house was purchased for just $40,000 after the Florida real estate crash devastated the market. The crash is not over. House prices continue to decline in this area. We expected that when we bought the house. We paid cash and view it not as an investment but as a consumer good. In this market, a house is not something that will go up in value but something that costs money to own and maintain.

As such, the house is an item we can live without. We already know that if we happened to be here when a hurricane evacuation order was issued, we will hop in the truck and drive away. If the house was lost to a storm or flood, it would be a sad event, especially after buying the furnishings and making the improvements we have, but it would be more like losing a lake cabin instead of a primary residence.

Nothing essential is kept in the house when we are away. If the house was destroyed, our 132 inch ARI truck sleeper would provide all the comforts of home we need, just as it has done for years. There would be no business interruption since the truck is our business and we would have our laptop computers along.

Owning a truck and earning a living with it enables us to be light on our feet regarding a house. A house is nice to have but not essential. 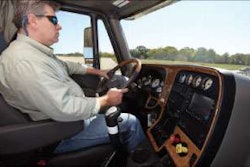 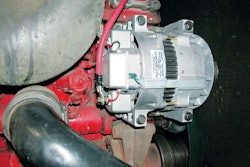 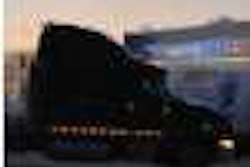