The Federal Motor Carrier Safety Administration today, Feb. 6, took a significant step toward potential regulation of the screening and treatment of drivers at risk for obstructive sleep apnea.

A joint committee of the agency’s Motor Carrier Safety Advisory Committee and Medical Review Board adopted 10 recommendations that would, among other things, require all drivers with a body mass index (BMI) measurement of 35 or higher to be tested for sleep apnea.

The final recommendations marked the first time the two groups had worked together drafting potential regulatory guidance, said Dave Parker, MCSAC chairman and senior vice president of Great West Casualty, but it wouldn’t be the last. “We’ve got discussions ongoing with Larry [Minor, FMCSA associate administrator for policy]. This will not be the last time this group gets together to work on something directly.”

Consensus on the recommendations was broad among members, with the notable exception of Todd Spencer, executive vice president of the Owner-Operator Independent Drivers Association. While acknowledging some regulation of driver health conditions was needed, “I think the focus on the singular medical condition of apnea is misplaced,” Spencer said. “Realistically, I don’t think this will survive the cost-benefit analysis” required of any rulemaking. “While we may pat ourselves on the back for what we’ve done here, none of us has a clue how this will work realistically in the world of drivers.”

Any rulemaking or guidance based on the recommendations would be put up for public comment, and a rulemaking would take years to develop, noted Minor. He said drivers could expect the interim recommended guidance issued by the joint committee last December to come up for a 30-day comment period this spring.

The 10 new recommendations stem from a January meeting of the group’s obstructive sleep apnea subcommittee, where seven key questions about the condition, its treatment and monitoring compliance with treatment, and its relationship to highway safety were considered.

The central question in FMCSA’s possible regulation of the condition will be whether individuals with obstructive sleep apnea are at an increased risk for a motor vehicle crash compared with those who do not suffer from it. When it comes time to impose regulations, cautioned Rob Abbott of the American Trucking Associations, questions of data quality are likely to loom large.

The OSA subcommittee linked crash risk with sleep apnea largely by extrapolating data from studies on noncommercial drivers (and one that involved commercial drivers) that showed a range of increased risk. “How many crashes actually occur because of this?” he asked. “The causal relationship has not been studied.”

Spencer said, “I’m stunned with the absence of knowledge of the particular group that we’re trying to regulate. There’s a world of difference between people who drive a truck professionally than those who don’t.”

Danny Schnautz of Clark Freight Lines said, “The pressures a driver is under would be better managed for a much lower risk than that of a college student trying to get home for Thanksgiving. I think drivers manage their risk very well.”

But experts from the Medical Review Board found the extrapolation to be a valid one since, as noted by Dr. Indira Gurubhagavatula of the Veteran’s Administration’s medical center, apnea is “an extremely treatable disorder and extremely prevalent among commercial drivers.” She cited obesity statistics that suggested well more than half of male adult commercial drivers were overweight if not obese, a well-known apnea risk factor. She added that a study found that “people with severe apnea were impaired similar to the effect of an alcohol level of 0.05.”

The recommendations issued Feb. 6 would allow a 60-day conditional certification to be issued for drivers screened for testing due only to BMI. If determined to have apnea, those drivers would need to return to their examiner with proof of one week’s worth of successful treatment before being issued a 90-day certification pending further evaluation of treatment compliance. (As long as they are being treated, those drivers would get no longer than a one-year medical certification.)

A second group of drivers – those with an apnea-hypopnea index (AHI) measurement greater than 20, who have reported experiencing excessive sleepiness during their major work period, day or night, or who have experienced a crash “associated with” falling asleep – would be denied the conditional certification.

A large amount of discretion would be given to individual health professionals in requiring drivers with BMI measurements lower than 35 to be tested and in issuing conditional certifications. “We focus on BMI as a mandatory factor,” said MRB member Brian Morris, associate corporate medical director for AllOne Health Resources. “If you set the bar high enough – 35 rather than 30 or 33 – you’re not burdening the system with getting a lot of people without sleep apnea caught up…”

The testing methods recommended as allowable by the committee were at-home polysomnography tests with verifiable chain of custody (to keep testers from faking the test) and an in-lab overnight polysomnographytest, designated as the most comprehensive and accurate. Costs for at-home tests, said Dr. Gurubhagavatula, are estimated at a third of in-lab tests.

The final recommendations from the subcommittee on acceptable areas of treatment put the most confidence for most sleep apnea sufferers in continuous positive airway pressure (CPAP) machines, due to the ease of monitoring that is in place in current devices. 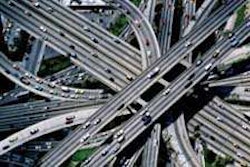 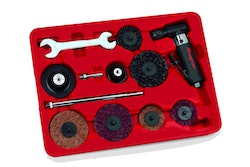 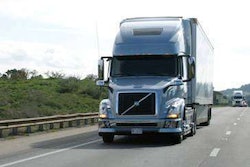