The American Trucking Associations and the Association of American Railroads are backing a truck weight limit freeze in the House transportation appropriations bill in hopes a unified front will hasten passage of the legislation.

The House rules committee was expected to review the Republicans’ H.R. 7, or the American Energy and Infrastructure Jobs Act, this week. The House Committee on Transportation and Infrastructure Feb. 3 had passed the five-year, $260-billion funding bill, which contained an allowance for states to opt for a 97,000-pound limit for single-trailer trucks with six axles.

Later that day, the House Committee on Transportation and Infrastructure voted to amend the bill to freeze weight and lengths during a three-year study on potential impacts heavier trucks could have.

Although the ATA supports the weight-limit increase and AAR opposes it, the associations issued joint statements to discourage congressional members from reinserting the controversial legislation as an amendment, ultimately delaying the bill’s passage.

The bill also allows a pilot program where federal officials may grant a maximum of three states permission for trucks weighing up to 126,000 pounds on 25-mile segments of an Interstate within the state.

Last November, President Obama signed legislation that includes a measure allowing trucks weighing up to 100,000 pounds on interstates in Maine and Vermont. Previous federal exemptions had been granted to New Hampshire, Massachusetts and New York to exceed the 80,000-pound limit on interstates, but these vehicles had to divert to secondary roads when entering Maine and Vermont.

Congress has not passed several stand-alone bills introduced to freeze or increase truck weights and lengths in recent years. Federal size and weight laws have remained unchanged since 1982, save for the 1991 freeze on longer combination vehicles, according to Commercial Vehicle Safety Alliance.

Congress should not approve significant changes until “we have a more uniform, methodical and science-based approach to evaluating the safety, infrastructure and environmental costs and benefit combination vehicles,” CVSA stated.

The speed differential and the increased difficulty for truckers to maneuver these vehicles are among the reasons Owner-Operators Independent Drivers Association opposes the change. Small trucking companies would be forced to buy new or retrofit trailers to stay competitive, it added.

OOIDA and Advocates for Highway and Auto Safety disagreed with the American Trucking Associations’ argument that a more productive truck size will require fewer trips, decreasing the number of trucks on the road.

At a July congressional hearing, an Advocates representative testified that research indicated that since 1974, every time a federal or state mandate permitted truck size and weight hikes it resulted in more trucks on the road than before.

The non-partisan Citizens Against Government Waste sides with ATA’s view, adding that the United States competes with weight limits of 106,000 pounds in Mexico and 95,000 in Canada. 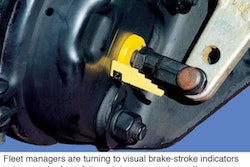 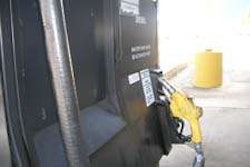