ATA sides with agency over use of electronic logs

American Trucking Associations is supporting the Federal Motor Carrier Safety Administration’s defense of electronic onboard recorders against a suit filed by the Owner-Operator Independent Drivers Association.

ATA filed an amicus brief Feb. 24 with the U.S. Court of Appeals for the Washington, D.C. Seventh Circuit. “ATA supports the use of electronic logging devices, which have demonstrated the ability to improve carriers’ compliance with FMCSA’s hours-of-service regulations,” ATA President and CEO Bill Graves said. “With this filing, we urge the Court to reject the calls to prevent fleets from using these powerful compliance tools.”

OOIDA had filed a motion Jan. 19 asking the court to direct FMCSA to “cease and desist from authorizing, sanctioning or in any way encouraging” using the devices to increase hours of service compliance until the agency issues a rule ensuring the devices will not be used to harass drivers.

The same court ruled for OOIDA last August, vacating the agency’s 2010 rule that would have mandated EOBRs on all trucks used by certain non-compliant carriers. It stated the rule had not met statutory requirements, namely, a federal regulation stipulating FMCSA ensure these devices are not used to “harass vehicle operators.” 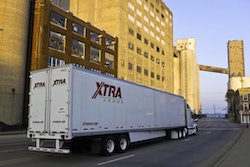