Compared with February 2011, rates were unchanged for vans, while flatbed rates increased 1.3 percent and reefer rates declined 2.1 percent. These rates are derived from the company’s DAT Truckload Rate Index and do not include fuel surcharges. Spot market rates are paid by brokers and third-party logistics providers to the carrier. 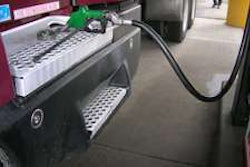