The U.S. Department of Transportation announced that the overwhelming demand for TIGER (Transportation Investment Generating Economic Recovery) grants once again has far surpassed the available funding.

Applications for DOT’s TIGER 2012 grants totaled $10.2 billion, far exceeding the $500 million set aside for the program. DOT received 703 applications from all 50 states, U.S. territories and the District of Columbia.

“President Obama has challenged us to invest in an America that is built to last, and it’s clear that communities across America can’t afford to wait any longer to get started,” said U.S. Transportation Secretary Ray LaHood.

“At a time when gas prices are high, it’s more important than ever that we invest in projects that will relieve congestion, improve the safety of our transportation systems and provide Americans with affordable, efficient options for reaching their destinations.”

On Nov. 18, 2011, Obama signed the FY 2012 Appropriations Act, which provided $500 million for DOT infrastructure investments. This is the fourth round of TIGER funding; like the first three rounds, TIGER 2012 grants are for capital investments in surface transportation infrastructure and will be awarded on a competitive basis. 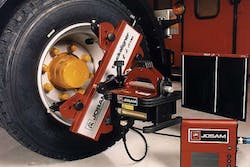 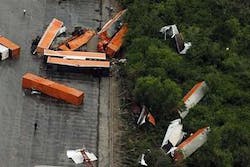