Drivers weigh in on roadside favorites, issues in survey

In the eighth annual King of the Road Survey, Atlas Van Lines drivers indicated Petro was their favorite truck stop in the moving company’s annual survey.

Eating right is the top road challenge, according to 57 percent of respondents. Thirty-two percent said coping with hours-of-service regulations, and 30 percent said exercise is the biggest hurdle.

Respondents picked Petro’s Iron Skillet as their favorite restaurant. Cracker Barrel, Golden Corral, Longhorn Steakhouse and Outback Steakhouse tied for second and Red Lobster came in third. The company did not provide percentages of votes in this category.

When asked what their most unique haul was, drivers included Elvis Presley’s Mercedes-Benz and John Lennon’s Steinway Concert Grand Piano.

On driver even reported carrying a 4,000-year-old mummy. Others reported having loaded the Declaration of the Independence and the Shroud of Turin exhibit. Other more unusual cargo included life-size wooden statues of Jesus and his apostles and an antique British phone booth.

Thirty percent reported Kenworth built the best truck, while Peterbilt and Freightliner tied for second at 27 percent and 26 percent voted for Volvo. Among tire makers, Bridgestone received the most votes with 44 percent, followed by Michelin with 41 percent and Goodyear with 16 percent.

The motor oil most often used was Shell Rotella (47 percent), followed by Mobil Delvac with 33 percent and Chevron Delo with 13 percent of the vote.

Truckers indicated greater use of technology, with smartphone use increasing from 14 to 60 percent in the past three years. Sixty-five percent of respondents used a computer daily, double the 2009 response and 56 percent make daily visits to social networking sites such as Facebook.

Thirty-five percent said Dunkin’ Donuts had the best coffee and 18 percent voted for Starbucks. While no truck stop or fuel station was specified, this category tied for second with 23 percent of the vote.

On the radio, classic 60’s, 70’s and 80’s music tied with talk/news/sports as the top pick when with 44 percent, while 42 percent chose rock stations and 35 percent country. Fifty-five percent use satellite radio, followed by FM/AM stations at 53 percent and iPod/MP3 players at 24 percent.

Tums had the biggest share of votes for the antacid that gets rid of heartburn the quickest (34 percent). Rolaids came in second at 19 percent, and Pepcid had13 percent of the vote. 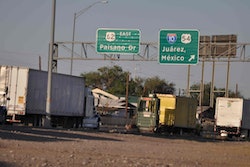 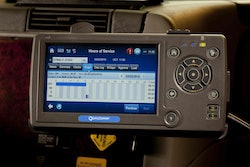 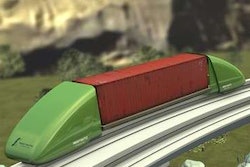