The U.S. House of Representatives on Friday, June 8, defeated a motion to instruct conferees on the transportation reauthorization bill that would have limited spending for fiscal year 2013 to $37.5 billion, which is $15 billion less than is allotted for in the two-year Senate bill.

U.S. Rep. Paul Broun, M.D. (GA-10), said his motion, which was defeated 323-83, would have ensured that “user pays” would fully finance transportation spending without dependency on the “speculative” Keystone XL pipeline project or the general fund.

“It would be inexcusable to have to bail out the Highway Trust Fund for a fourth time since 2009 – and that’s the road we’re headed down if this bill passes as it stands today,” said Broun, whose motion to instruct would have asked that the House and Senate conferees working on the bill only obligate funds equal to what the government will take in via the federal gas tax through the end of fiscal year 2013.

“It’s time for the gimmicks to stop – spend now, pay later doesn’t cut it for the American people,” Broun said. “So let’s keep the spending in check until projects like the Keystone XL pipeline or other domestic energy initiatives actually produce profits.”

Edward Wytkind, president of the AFL-CIO’s Transportation Trades Department, applauded the House vote, saying Broun’s motion “would have done serious damage to our nation’s transportation system and delivered a death blow to our economy. Make no mistake that the 83 Republicans who voted for the motion were directly voting to slash American jobs.”

Wytkind said the end result of Broun’s motion would have been “devastating job losses in the transit and highway sectors and in the many related industries that support our transportation system. Because of the way our surface transportation programs are structured, the Broun motion could have virtually halted any new investment beginning on Oct. 1, 2012. This would have meant that major transportation improvements would have been shelved and hundreds of thousands of jobs idled. That is hardly a recipe for boosting our economy.”

Wytkind said that “with the rejection of these draconian transportation cuts, we hope this sends a clear message to those in the House who are more interested in scoring political points than completing a surface transportation bill that will both maintain and create nearly three million American jobs.”

The current three-month highway bill extension, which is set to expire June 30, is the ninth since the September 2009 expiration of SAFETEA-LU, the most recent long-term transportation funding law.

On Friday, June 8, the nation’s governors and mayors held a conference call asking Congress to pass a long-term surface transportation bill so that local and state governments can firm up long-term plans on projects with certainty for funding. Los Angeles Mayor Antonio Villaraigosa, president of the U.S. Conference of Mayors, and Connecticut Gov. Dannel Malloy spoke on behalf of their respective groups. 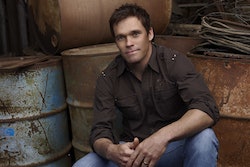