How to speak DPF

There’s no need to panic when a DPF light signals routine regeneration — at least in most cases. Understanding what the warning means will spare you needless worry and help you protect your equipment.

You’re chasing sun on 40 out past El Paso, maybe a little Willie and Waylon on the stereo while you idly gaze at the landscape. You’re wondering how long it will take to reach a peak on the horizon when a little yellow light on the dash winks on, spoiling the serenity: Your diesel particulate filter needs attention.

Great — a problem to deal with. Or is it? In most situations, the truck isn’t in any trouble. Neither is the engine. That light is just telling you a normal function in the life of a post-2006 diesel engine has to take place. Even better news is it probably will require very little of you.

Some experts argue the DPF warning light is overkill. “We’re worrying drivers for no reason,” says David McKenna, director of powertrain sales and marketing for Mack Trucks. “DPF functions are really invisible, and should be a total non-event for a driver.”

Still, as with any truck component, failures can happen. If you understand DPF maintenance cycles, you’ll have a better idea of when you need to get help and when you can get back to watching the scenery.

What does a diesel particulate filter do? The U.S. Environmental Protection Agency’s 2007 diesel emissions regulations required a major reduction of particulates in diesel exhaust smoke. Any truck manufactured after Jan. 1, 2007, has a DPF.

Most heavy-duty engine makers later added selective catalytic reduction, along with a DPF, to help meet the more stringent requirements of the 2010 emissions regulations.

Smoke is smoke. It just floats away, right? There’s actually a lot of heavier-than-air stuff in diesel smoke. EPA calls it diesel particulates. You and I would call it soot. These are fine and ultrafine particles of elemental carbon with adsorbed compounds such as sulfate, nitrate, metals and organic compounds.

And this soot is bad for us? Yes. EPA says diesel particulates are “likely” carcinogenic. Other agencies, such as the World Health Organization, have gone further than “likely.” EPA cites tests showing an increased risk of disease, mostly notably lung cancer, due to long-term exposure.

What does a DPF look like? A DPF is not a spin-on type filter like an oil filter or a cartridge-type like a fuel filter. The ceramic filter itself, about the size of a five-gallon bucket, sits in a metal canister that also acts as a collection device for soot. The DPF is found downstream from the engine in the exhaust system.

When the DPF starts clogging up, does that impact my vehicle or engine performance? Much like a clogged catalytic converter on your car, a plugged DPF interferes with efficient exhaust flow. It can lead to compression or combustion problems if left untreated. In most cases, the DPF burns off accumulated soot through either a “passive” or “active” regeneration. In a passive system, the engine’s computers track certain variables – like emissions of nitrogen oxides (NOx) and temperatures – and heat up the DPF to oxidize (burn off) the soot. In an active regeneration, diesel fuel is directly injected into the exhaust stream, usually right behind the turbocharger. This fuel evaporates and coats the DPF catalyst, causing a chemical reaction to oxidize any remaining soot, leaving a residual amount of ash. Either event is likely the reason that dash light came on.

Would that be an emergency situation? It’s not an immediate issue unless you’re around the 400,000-mile service interval. Usually you’ll know you’re getting close because the regenerations will be getting more frequent. If you notice more and more lights and regenerations well before 400,000 miles, you may have a bad injector or turbo. In any event, if you wait too long, your performance will fall off noticeably as the engine de-rates due to excessive exhaust back-pressure. So it pays to get the DPF looked at as soon as possible when regens are too frequent or the cleaning warnings are too early.

How long does cleaning take? There are two types of cleanings and both need to be done by a certified DPF technician. If you need to change out the DPF – usually because it is chipped, cracked, burned or melted – it takes about 2.5 hours, depending on vehicle or engine make. If your DPF is in good shape and just needs to be cleaned, you’re probably looking at four to five hours. Some manufacturers have quick exchange programs whereby you trade out your dirty DPF for a clean one.

How much does it cost? It’s not cheap. A DPF cleaning machine costs about $75,000, which helps explain why getting the unit cleaned can run you about $500. If you’re replacing the DPF, you’re probably looking at $1,200.

Can I just do it myself? You could, but it’s not recommended. The DPF element is made of fragile ceramic material, so you don’t even want to bump it. A noncore replacement DPF can cost as much as $4,500. 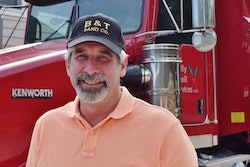 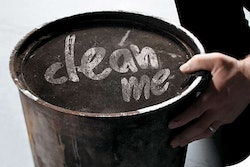 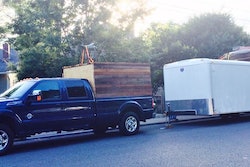