Overdrive‘s 2015 Truck Purchase and Lease Survey, conducted a couple months back and published in part in the July issue of the magazine, showed clearly how big of a problem emissions systems have been for some buyers of used and/or new post-2007 trucks. Here’s a reminder, a tidbit from the “Buyer’s Market” feature and online series coverage: Essentially, between 30 and 40 percent of owner-operators of post-2007 equipment report emissions system maintenance as their biggest maintenance issue, above preventive maintenance, above engine and tranny issues and everything else, and those percentages were higher for used-truck buyers than new.

My colleague Lucas Deal, editor over at the Successful Dealer publication, spelled out the infuriating aspect of this as an issue in an analysis for his audience of dealer reps:

Engine rebuilds were the second most common service issue [behind emissions] for these [used truck buyers in Overdrive‘s survey], but in purchasing such older equipment, I think it’s safe to assume [engine rebuilds] were expenses that could have been predicted during the purchasing decision.

I wonder if the case is the same for the 2007 to present buyers? Did they know how much emission systems, and the corresponding maintenance, could cost?

Deal says the “no” answer to that question is what his “gut instinct” tells him. In response to Deal’s post, Grady Barkley, in truck sales, parts and service for 30 years with a multi-location network of dealers, wrote in to explicate it all further. His response, which he agreed to share with Overdrive readers as well, can be seen as something of a wake-up call to all who would buy used post-2007 emissions-spec trucks.

After reading your article on customer maintenance issues it occurred to me that used-truck buyers of 2008 and newer trucks are the victims of lack of proper maintenance on the vehicle when it was purchased new. As a new truck sales person I have noticed that the new truck buyer today still does not know or refuses to perform proper emissions maintenance on their vehicles. Most I have found just run the trucks until they have an emissions failure, then they will do the bare minimum to restore the vehicle to running condition. Emission failures seem to start occurring around the 300,000-mile mark (when proper maintenance has not been performed). The original owner will then struggle along until around the 450,000-mile mark and then trade in the vehicle. Thus, the unsuspecting used-truck buyer is stuck with a problem vehicle not covered under warranty.

So where does the fault lay in all of this? Is it the new truck salesman not providing the proper maintenance information to the buyer at time of purchase? Or is it a new truck salesman that does not have the knowledge or simply does not care about providing maintenance information to the customer? Is it service departments that are so overwhelmed with repairs that they do not properly follow through with proper maintenance recommendations to the customer? Or is it the customer that is operating under such tight monetary restrictions that maintenance is at the bottom of their budget list?

To me it is a combination of all of the above coupled with a high level of frustration by all parties with the unreliability of emission systems installed on today’s vehicles.

“Let’s face it,” Barkley went on in a parenthetical, “even with proper maintenance emissions systems are still not as reliable as they should be.”

The case of Dave Palmer of South Carolina is emblematic of that part of Barkley’s view — despite proper regeneration procedures, ash cleaning and the rest, early, and repeated, sensor failures in a vehicle bought new, among other problems he had. It all drove Palmer to sell his dump after just two years of ownership shortly after this linked story about his case went to press. He’s bought a new Peterbilt 389 rated at 500 hp and 1,850 lb.-ft. of torque “all because of the problems with the aftertreatment system I was having,” he says, and cross his fingers with hope that it performs better.

It’s not in service yet — rather than spec it with a dump body as he had his prior truck, the 389 is a daycab tractor. He’s awaiting delivery of a frameless dump trailer to complete the unit, which will be capable of considerably greater payload than his prior unit.

As a new truck sales person I am constantly seeing customers looking to pre-emissions vehicles or gliders. They would rather deal with refurbishing an older vehicle rather than dealing with the emissions systems on newer vehicles. New vehicle deliveries and the used vehicle consumer are going to continue to suffer until all segments of this industry (manufacturers, sales personnel, service personnel and the consumer) makes a commitment to proper maintenance procedures.

Deal notes that with “nine model years worth of trucks/engines out there” equipped with advanced emissions systems, “there should now be enough information available for truck buyers (used or new) to take [expenses associated with emissions-system maintenance] into account when buying their next truck.”

Too many people, however, Barkley suggests, just aren’t doing that.

There might be a good argument in there to be made for lease-to-own deals with a walk-away option, but for you, if you’re buying on the used market like the majority of owner-operators, as has been noted before, take extra care with your maintenance evaluation of prospective purchases.

Palmer’s buyer, a dump fleet in his area and occasional truck re-seller, was well aware of his unit’s history, for instance, and felt confident he could deal with current and any future emissions issues. Though Palmer “may have left some money on the table” in the sale, he was happy with what he got, ultimately. 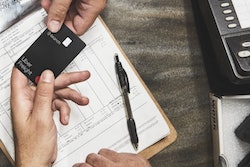 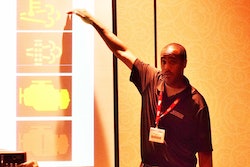