The Federal Motor Carrier Safety Administration is seeking comment on its safety improvement proposal, aimed at removing high-risk drivers and carriers from operation and raising standards for carriers to enter and remain in the industry.

The agency published a notice and request for comments in the June 29 Federal Register on “2011-2016 Strategic Plan: Raising the Safety Bar.”

The deadline for comment is July 29, but the FMCSA also has provided a new way to respond to its proposals: the IdeaScale Community, located on its website at www.fmcsa.dot.gov.

IdeaScale is an “interactive, on-line, transparent space for people to engage in conversation about draft proposals and vote if they agree or disagree, which also allows FMCSA to ask clarifying questions to make sure the best comments/ideas are considered,” the agency said.

The five-year proposal includes seeking or clarifying legislative authority over industry segments affecting the commercial motor vehicle transportation life cycle. That encompasses entities such as shippers, receivers, brokers and freight forwarders “who may have a deleterious effect on safety through their actions,” it said.

Officials plan to drive intervention by creating a comprehensive prioritization system, formed upon safety and risk analysis. This unified system will be based upon algorithms covering each segment of the FMCSA’s regulated industry, including shippers, cargo tank manufacturers or repair facilities, intermodal equipment providers and brokers.

Officials have been developing the CDL Drug and Alcohol Clearinghouse to identify the Government Accountability Office’s estimated 47,000 drivers who test positive for drugs or alcohol without completing the return-to-duty process before operating a vehicle.

The associated rulemaking for this initiative will require employers to check the clearinghouse before hiring a driver and will inform employers who should not be hired because of drug and alcohol violations.

For the first time, this database will give FMCSA the “large-scale” ability to identify carriers violating these regulations.

Agency officials will continue providing carrier safety data to the public through the Safety Measurement System. But it also will complete proposed rule changes to the carrier Safety Fitness Determination process, so a larger segment of carriers will be rated.

Driver violation information will be provided to carriers more quickly through the enhanced Pre-employment Screening Program and the Employee Notification System. Officials also will pursue a way to assess driver safety fitness to further identify those who should not be in the industry.

This is the FMCSA’s second strategic plan since 2000. The Federal Docket Management System docket identification number, FMCSA–2011–0098, must accompany comment, which may be submitted by any of the following methods:

The draft may be read here. 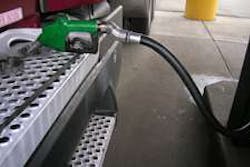 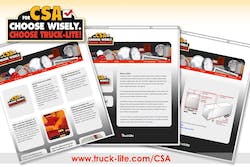 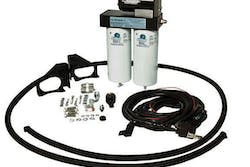 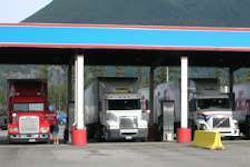