FMCSA said it has notified Mexican transportation officials of the agency’s concerns, and that those officials are requiring corrective action pursuant to this year’s U.S.-Mexico agreement on a long-haul cross-border trucking pilot program.

The agency also said it will require Mexican drivers trained at testing centers who want to participate in the program to be retested by the Mexican government.

Since a 1991 agreement between the two countries, U.S. motor carrier safety regulations have recognized the Mexican Licencia Federal de Conductor (LF) as equivalent to a U.S. CDL. In FMCSA’s Federal Register notice last July for the new pilot program, the agency recognized concerns about the ongoing acceptance of the existing CDL/LF agreement. The agency committed to site visits at Mexican driver training, testing and licensing locations prior to beginning the pilot program to review Mexico’s ongoing compliance with the terms of the 1991 agreement.

During the review process, FMCSA learned that until April 2010, commercial driver’s license testing was conducted by both the Government of Mexico’s Secretaria de Comunicaciones y Transportes (SCT) and private Mexican training centers. Since April 2010, however, a driver must take his/her test at a private training center rather than directly from SCT. As a result, while some Mexican drivers have LFs based on testing from SCT, others have LFs based on testing by private training centers.

FMCSA said it reviewed the database of questions SCT used in its tests and confirmed that SCT covered the required subject matter. FMCSA also confirmed the number of questions on the SCT test, that SCT imposed the required passing rate of 80 percent, that SCT conducted skills tests in representative vehicles, and that a portion of the SCT skills test included a demonstration of skills on the highway.

There are 204 SCT-certified training schools for first-issuance LFs in Mexico. Similar to the United States, some of the certified training schools are public, and others are training centers run by trucking companies. Prior to its site visits to nine Mexican training schools, FMCSA requested from SCT a list of drivers who were trained at those centers between July 2010 and June 2011. The drivers selected were first-time LF applicants; the list included close to 30,000 drivers.

Based on its review, FMCSA determined that while the nine schools were close to full compliance, improvements are needed in the schools’ testing to ensure consistent compliance. Specifically, FMCSA discovered two schools that had passing scores below the required 80 percent threshold; one school with 71 questions on its exam; and several schools that missed one or two of the required 20 subject matter areas.

FMCSA said it shared the results of the report with SCT, which has committed to sending out information to all of the testing centers, reminding them of the requirements and requiring corrective action from the testing centers visited. In addition, in six months, FMCSA will revisit the training centers reviewed in the report as well as additional sites to confirm compliance. 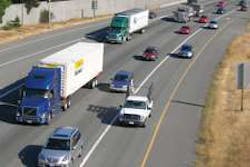 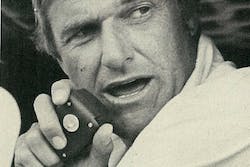 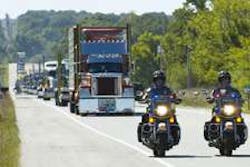