The White House Office of Management and Budget is still reviewing the final rule for truck drivers’ hours of service after receiving the rule from the U.S. Department of Transportation on Nov. 1. The Federal Motor Carrier Safety Administration on Oct. 28 announced that it would not be able to publish the rule by that day’s court-imposed extended deadline and that the petitioners had agreed to extend the deadline for publication.

The American Trucking Associations said it hopes the agency will “use the extra time to consider the overwhelming input it has received from thousands of drivers and law enforcement officers that the current rule is working. There’s no need to break something that’s not broken.” ATA President and Chief Executive Officer Bill Graves also wrote a letter to Cass Sunstein, OMB’s administrator of Information and Regulatory Affairs, questioning whether “legitimate reason” exists to change the current rules.

Under the current proposal, FMCSA is, among other changes, considering whether to reduce the daily driving limit from 11 hours to 10 hours and has proposed to limit the 34-hour restart provision by requiring that it include two periods from midnight to 6 a.m. and limiting its use to once per week. ATA and the Owner-Operator Independent Driver Association have said the proposal is costly and unnecessary since studies indicate safety improvements under the 2008 rule.

In 2009, FMCSA had entered into a settlement agreement with safety advocacy groups and the Teamsters union to revisit the 2008 rule and publish a revised rule. This agreement stipulated if the agency produces a “substantially different” rule from the current one, this “may” eliminate the need for further judicial review.

U.S. Sen. Kelly Ayotte (R-N.H.) recently proposed to add language to the transportation appropriations bill (H.R. 2112) that would block the planned changes to the hours-of-service regulations. The measure, Senate Amendment 754, states that “none of the funds made available under this heading may be used to finalize, enforce, or implement the hours-of-service regulations proposed by the Federal Motor Carrier Safety Administration on December 29, 2010.”

U.S. Transportation Secretary Ray LaHood sent a letter to Ayotte asking the senator to drop her measure. “The amendment would prevent the Federal Motor Carrier Safety Administration from applying the most comprehensive and up-to-date data and analysis to the issue of driver fatigue and allowable hours of service,” LaHood wrote. “The final rule, if put in jeopardy, potentially undermines the entire regulatory process.”

In a letter to LaHood dated Oct. 21, ATA Chairman Dan England and Graves said LaHood’s contention was well off-base. “There is little or no comprehensive up-to-date evidence, data or science supporting FMCSA’s proposal,” ATA wrote. “FMCSA readily admitted it did not have sufficient data on which to base a driving time limit change, yet the agency argued for and stated it ‘currently favors’ reducing the limit.”

House Speaker John Boehner and Majority Leader Eric Cantor wrote a letter to Obama Oct. 5 asking the president to withdraw the proposed hours-of-service revision because its costs would hurt the U.S. economy. “Current rules have led to record low levels of crashes and fatalities involving trucks,” Boehner and Cantor wrote, adding that the White House and Congress should work together to prevent a potential “$1 billion in regulatory burden.”

Their letter came two weeks after a similar Sept. 23 letter to Obama from House Transportation Committee Chairman John Mica. The Florida Republican wrote that the proposed rule would be an unnecessary and costly regulatory burden on truckers given the improved record of truck safety since the 2008 rule became effective.

On Aug. 30, Obama responded to Boehner’s request to review pending regulations with compliance costs of more than $1 billion. Seven proposed rules qualified, including the HOS proposal at more than $1 billion and electronic onboard recorders at $2 billion. Soon after issuing that list, Obama withdrew the U.S. Environmental Protection Agency’s ozone proposal, which would have been by far the costliest at $19 billion to $90 billion. 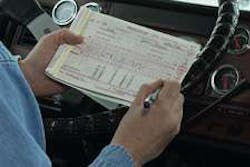 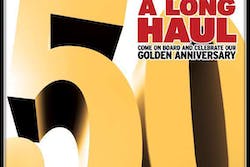 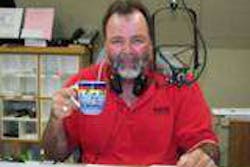 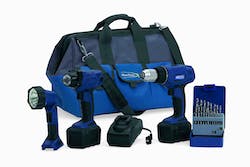