On Nov. 9, 2011, Bennett was traveling on I-40 eastbound through the gorge between North Carolina and Tennessee. All the lanes were closed to clear snow and rocks that had slid onto the road. While he waited, a woman got out of her car and eventually came to Bennett. She asked if he had candy, food or anything to drink, explaining that her diabetic sister’s glucose level was very low and she was about to slip into a diabetic coma.

Bennett told the woman that he is a licensed emergency medical technician and asked for permission to examine the sister. After getting her to drink some orange juice, he determined that the sister did not need medical treatment. She eventually returned to normal. Bennett recommended they stop for food within the hour, suggested some exits with restaurants and provided the women with another orange juice in case of emergency. 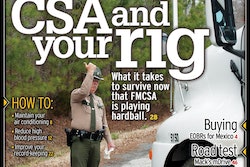