Let’s face it. I’m really not a people person. This has been pointed out to me time and again when I’ve been politely asked to leave from whatever establishment I happen to be in when my people skills fail me. I can tell you that this is generally due to a complete breakdown in customer service, and totally not my fault, but that would make me a filthy liar. The truth is, I have very high standards. I do not think it is beyond comprehension to actually get what you pay for. I know, right? Totally out of the realm of everyday thinking, how stupid of me. Again, we come to fast food as the case in point.

Now you’re probably thinking, “Why the hell did she go back after the French Dip Episode?” My answer is, “Fool me once, shame on you, fool me twice and I must have a coupon for something free from your happy little eatery!”

This being exactly true, my husband and I ventured in to order some free stuff, along with some stuff that we had to pay for in order to get the free stuff, like fries and drinks.

Wanting to avoid any harsh feelings, and having promised my husband, I refrained from ordering the ‘new and improved’ French Dip and ordered the Beef n Cheddar, of course, with no red sauce and on a bun without dried black onions somehow pasted to it. (What the hell do they do to those onions to make them black and sticky? I feel certain that black, sticky onions do not occur in nature.)

Lickety split, our food was on the tray and we sat down for a little pre-trip snack and planning session.

Alas, all was not well. Of course my beef and cheddar was literally dripping with red sauce, as if I had ordered it with extra red sauce even. Being used to such harsh treatment as one of the twenty-five people on earth who Do Not Eat Condiments, I took the sandwich back and asked again for it to be free of red sauce.

After a quick apology from the manager, I had a sandwich that was most assuredly without red sauce and was again on my way to being full and happy. Or so I thought.

While unwrapping the second sandwich, I noticed a sesame seed that was traveling at a high rate of speed across the inside of the wrapper. Then I realized that it wasn’t a sesame seed at all, it was a little black bug. I don’t have to tell you it was at that very moment that my people skills began to fail me.

My husband immediately noticed the look on my face and started gathering his things up to leave.

“Holy crap, there’s bug on the inside of my sandwich wrapper!! It’s not a sesame seed at all, it’s a BUG, it’s a freaking BUG! I am taking this sandwich and everything else I ordered back up to the counter and GETTING OUR MONEY BACK!”

My husband opted to step outside for a cigarette at this point and made a beeline for the door, giving the startled manager a “you poor son-of-a-bitch” look on the way out. This should have clued him in on what was to come, but he was ‘in charge’, and we all know that the people ‘in charge’ are usually the complete idiots of the group.

I was very proud of how I approached the counter; I wasn’t frantic and didn’t say the eff word at all. I simply handed him the sandwich and waited for him to see the crawling sesame seed and profusely apologize and give me all of my money back plus ten percent for my trouble. I forgot that I was dealing with someone ‘in charge’.

“Well, that’s not supposed to be in there, ha ha! How bout’ we get you another sandwich?” He quickly discarded the buggy one.

“How bout’ you give me my money back and let me leave this vermin-infested donkey ranch?” I smiled, at least I think I smiled, I often forget to do this when I’m on the verge of having a stroke.

“Well, it’s kind of hard to give you your money back for a sandwich you got for free, isn’t it, ha ha?”

I waited a second to make sure I had heard him right. Yep, he really said that. I leaned very close to the counter and did my best to control myself.

“Listen you disgusting little freak, I don’t care if you feed bugs to every lousy turd who comes in here for the rest of eternity, you will not FEED THEM TO ME. Now, give me my money back for the things I purchased and I will not stand in your drive-thru for the next four hours telling everyone who orders to make sure and ask for extra bugs on their sandwiches.”

There was a line forming behind me and I was getting louder. He moved quickly to the cash register and began inputting the Secret Code For Refunds.

The look on my face must have been less than pleasant; I had not been given a receipt. I turned to the line behind me: “Make sure and save your receipt, folks, just in case you forget to order your sandwich without crawly stuff and want a refund!”

The guy ‘in charge’ was quickly losing control of the situation.

“Okay, um ha ha, hey there’s no need for that, ha ha, let’s see that looks like about eight dollars worth,” he was grabbing bills and stuffing them into my hand. “Hey, just give me a sec and I’ll get you some coupons for some free stuff to make up for all the trouble…” 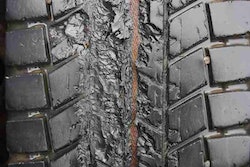 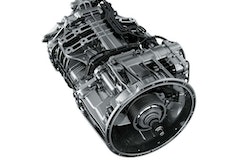 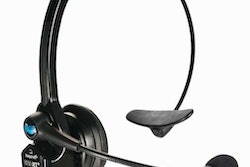