The American Trucking Associations on Tuesday, Sept. 25, announced that its advanced seasonally adjusted For-Hire Truck Tonnage Index contracted 0.9 percent in August to 118.3 after increasing 0.4 percent in July. ATA said the sequential drop in August, while not erasing the cumulative 1.5 percent gain in June and July, was significant.

Compared with August 2011, the adjusted index is 3.2 percent higher. Year-to-date, tonnage was up 3.7 percent. The nonseasonally adjusted index, which represents the change in tonnage actually hauled by the fleets before any seasonal adjustment, equaled 126.8 in August, 5.7 percent above the previous month.

“While there has been acceleration in housing during the last few months, truck tonnage is being weighed down by a flattening in manufacturing output and an unintentional increase in inventories throughout the supply chain,” said Bob Costello, ATA chief economist. “While choppy, tonnage has essentially been flat this year, with August being the second-lowest month of the year.”

Costello said the adjusted index in August was 0.3 percent below January and 1.4 percent less than the high in March. “Expect tough year-over-year comparisons to continue through the rest of the year as tonnage grew nicely during the last five months of 2011,” he said, adding the economy isn’t expected to grow much in the second half of the year as manufacturing decelerates and excess inventories are worked off. As a result, tonnage is expected to increase less than 3.5 percent in 2012, Costello said.

ATA calculates the tonnage index based on surveys from its membership. The report includes month-to-month and year-over-year results, relevant economic comparisons and key financial indicators. The baseline year is 2000. 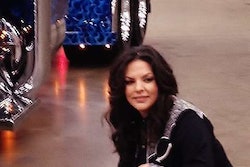 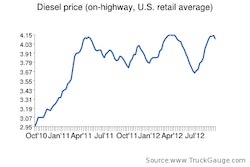 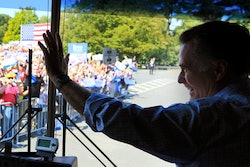 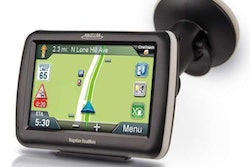