Especially when you have to admit you’re wrong to the general public. I’ve made a point to try and keep things positive here because I believe this industry is riddled with negative press. It has always been my intention to keep things light and use humor when possible to help inform the general public on issues drivers and their families face.

I’ve often referenced planners, CSRs and dispatchers and may have even called them orangutans once or twice. This was probably on a day like yesterday, when we arrived at the terminal to pick up a load and couldn’t find it because the trailer was damaged and taken to the shop as soon as the load was dropped. Needless to say, we wasted two and a half hours and never left with the load, when it would have taken the CSR about three seconds to put a note in the system telling us the load wasn’t ready.

As an owner-operator (or as a company driver, it really doesn’t matter), time is money and two and a half hours can mean a nice little chunk of mileage. I don’t know anyone who’s out here for fun — we’re all here to make the money.

We had the opportunity to meet a guy this weekend who shed a lot of light on the subject of planners and dispatchers. After talking to him for a few minutes, I really started feeling kind of bad for making the disparaging references I have to his ilk. They have the same communication problems drivers run into, and if the entire team doesn’t communicate, things like putting a three-second note into the computer don’t get done.

Of course there are still jerks who honestly don’t care if their drivers are happy, but for the most part, I’d like to believe planners, CSRs and dispatchers are on the same side as us. We have recently been blessed with a dispatcher whose dad was a trucker — this guy is on it. He has an intrinsic understanding of what we’re doing and really does care if his drivers are successful. We appreciate him more than he knows, and if you’re reading this, Tim, thank you from the bottom of our little black hearts.

It’s all about communication in this industry — and any other business that involves more than one person. Remember that you get what you give and taking the high road is usually harder, but results are always better. I’ve made a personal goal to remain positive and try to see things from both sides, and although I appreciate the freedom I have to bitch and moan as much as I want, I know it doesn’t accomplish anything good. 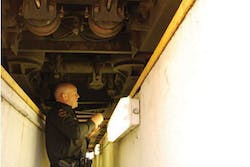 Another CSA audit in the works 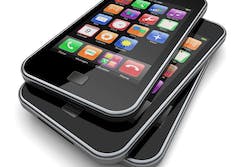 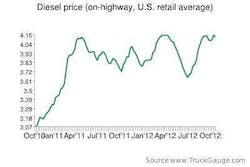 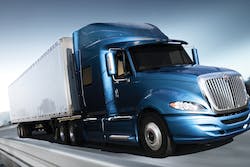